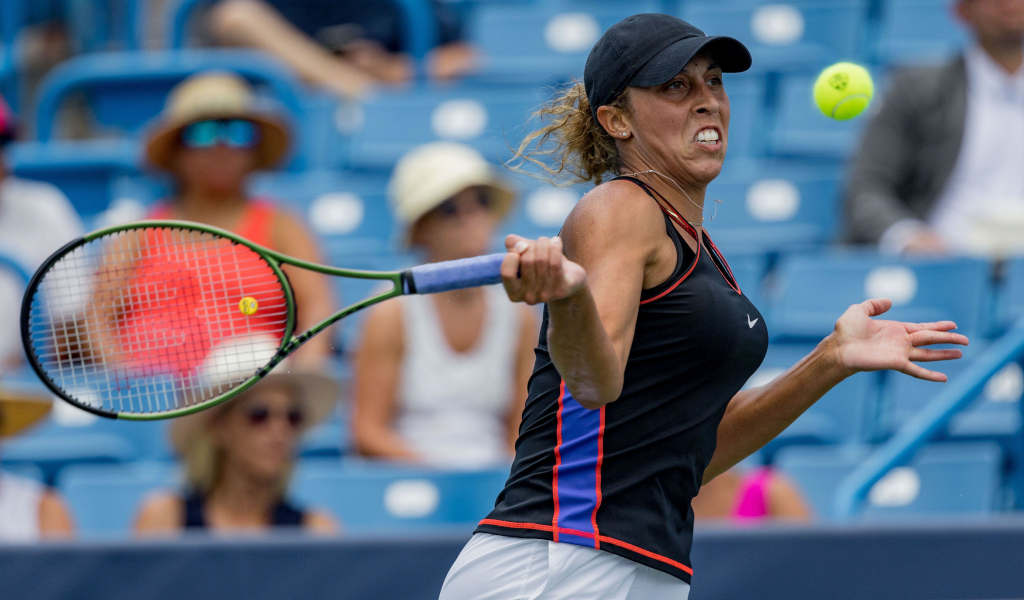 Madison Keys claimed arguably the biggest match win of her career when she stunned World No 1 Iga Swiatek in the third round of the Western & Southern Open on Thursday.

Keys swept to a straight sets victory against Swiatek, who looked far from her best.

The World No 1 saved four match points but ultimately wasn’t able to mount her comeback and add to her tally of 50 wins for the season.

Keys would win ten games on the bounce in a crucial middle period of the match after Swiatek had established led 3-2 in the first set albeit still on serve.

With Keys threatening to bagel Swiatek, the 20-year-old Pole rallied to claim 11 of 12 points to get back within a single break of effectively restoring parity in the second set.

Swiatek did get the break, however, she was unable to hold serve to consolidate her position and suffered defeat after Keys broke back to claim the match.

“I was really just thinking that I had to focus a lot on why I got in the position of being up 5-Love. I think I backed off a little bit, and I think she started playing better,” Keys said.

“I just knew that I was going to have to try to put some pressure on her early in the game just to kind of also make her aware of the situation. All of a sudden it’s 5-4 and she feels like she has to hold that game. So just really trying to swing at the ball, make sure I was moving my feet, and put as much pressure on her as quickly as possible.”

A titlist in Cincinnati back in 2019, Keys had never beaten the reigning World No 1 before and had also not taken a set off Swiatek in their two previous meetings.

“I obviously had a couple of games with a couple of match points, but I’m just so happy to be able to get the win,” Keys said after her first career win over a world No 1.

“The last time I played her she beat me pretty badly, so I’m pretty glad to get that one under my belt.”

Keys is set to face Wimbledon champion Elena Rybakina in the quarter-final in her second match against a Kazakh opponent after her opening round win over Yulia Putintseva.

An Illinois native, Keys is delighted to get to play in front of Midwest tennis fans.

“I love playing here. The fans are amazing. Thank you everyone for coming out and cheering.

“No matter how long I live in Florida, I always consider myself a midwest girl”, Keys added.

Keys hasn’t had the easiest time with injuries over the last few years and admits that she doesn’t feel like she is only 27 but is thrilled to find a high level during the US Open series.

“It feels amazing. Sometimes my body doesn’t remember that I’m only 27, feels like it’s 67, but I’m so happy to be able to be still playing some really great tennis, and obviously being in my first quarter for a couple of months feels amazing, and to do it here just means the world to me.”