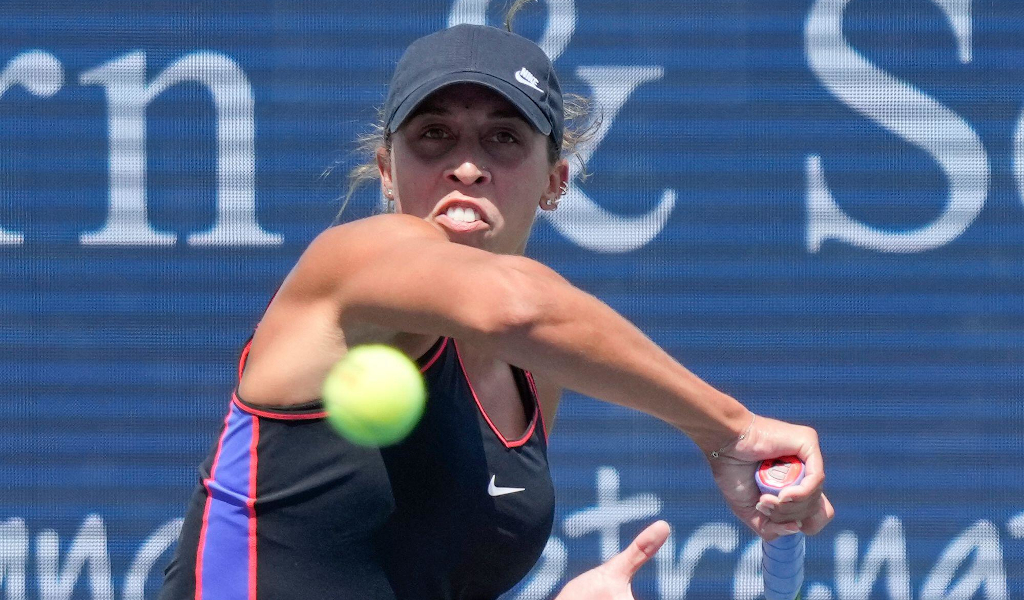 Madison Keys followed up her impressive display against world No 1 Iga Swiatek at the Western & Southern Open with another big performance against reigning Wimbledon champion Elena Rybakina.

In fact, it was Keys’ third consecutive win over a major winner as Swiatek is a two-time Grand Slam winner having won the French Open in 2020 and again in June this year while she also defeated Sloane Stephens – the player who beat her in the 2017 US Open final – in the first round.

The American was in command from the start as she secured a 6-2, 6-4 victory in one hour and 31 minutes to reach her first WTA 1000 semi-final since she won the Cincinnati title back in 2019.

Rybakina’s usually reliant serve let her down as Keys raced into a 4-0 lead on the back of consecutive breaks and eventually served out the opening set.

The Kazakh player found a good rhythm early in the second set as she enjoyed a 2-0 advantage after an early break, but Keys was level on serve in game three and also broke in games five and seven as she won five games in a row to lead 5-2.

Rybakina got one break back before Keys got over the line.

“I knew she is a remarkable player and she can turn it around at any moment so I knew I had to try to stay out in front because at any moment she can go on a roll,” the former world No 7 said.

“I think that is kind of the key against her. If you back off at all then she gets to dictate and run you around.”

The American will face another Grand Slam winner in Petra Kvitova from the Czech Republic for a place in the final. The two-time Wimbledon winner broke three times in the first set and twice in the second as she beat qualifier Ajla Tomljanovic from Australia 6-2, 6-3.

Keys on the rise again

Keys, who won the Adelaide International at the start of the year, is assured of a return to the top 20 in the WTA Rankings, a significant improvement after starting the year at No 56.

It is also good news ahead of the US Open, especially after she missed Wimbledon due to an abdominal injury. Before that she reached the fourth round of the French Open while she also made it to the semi-final of the Australian Open, losing against eventual champion Ashleigh Barty.