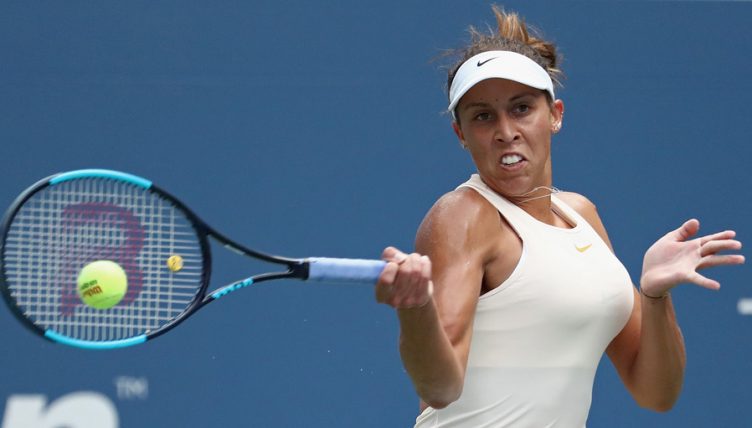 Madison Keys were among the WTA stars who progressed into the third round of the US Open on Thursday.

The American 14th seed was not in the mood to hang around as she beat compatriot Bernarda Pera 6-4 6-1.

Last year’s finalist is playing under the added pressure of having to defend her ranking points from a year ago, but she says she can handle it.

“I feel really good about today,” said Keys, during her post-match press conference.

“I think I definitely brought my game up to a better level in the second set, so happy with it.”

“It’s my first time having to defend a big result like that [2017 final], so that’s something I’m going to have to deal with every day.

“The biggest thing is to not put pressure on myself and think it’s a failed tournament if I don’t make the finals or win.

“For me, it’s doing the things I can do to control the situation, see how things go.”

Bertens won the Cincinnati Open earlier this month, beating four top ten ranked players in the process, and now she’s startig to transfer that form to the Grand Slam stage.

“This year, in all the Slams, I made the third round, so I think that’s pretty steady,” said Bertens.

“That’s not really a word I’ve used in the last few years!

“It feels great, to be honest, to reach here my first third-round, it’s unbelievable.”