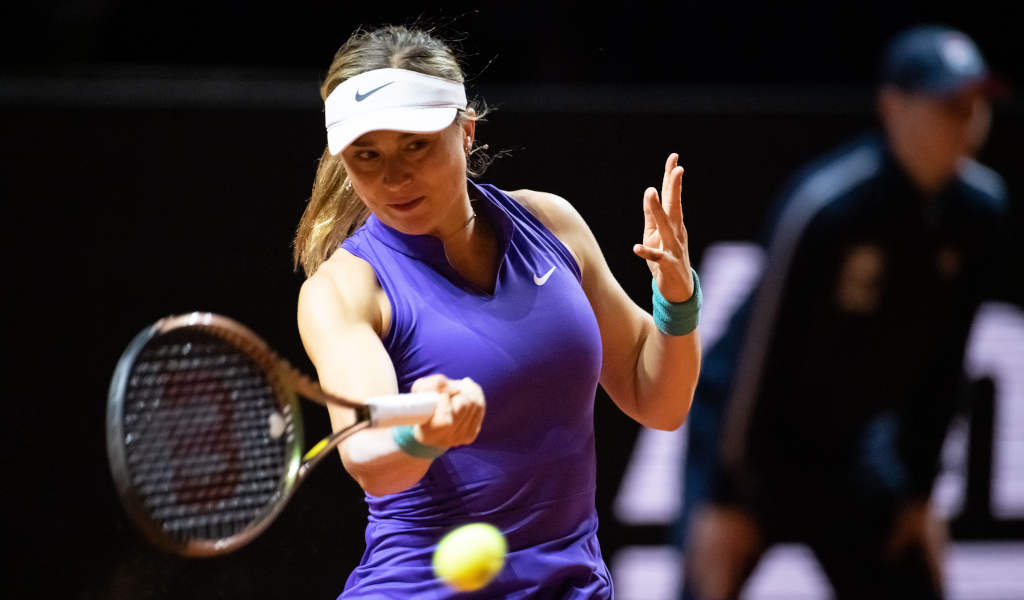 Paula Badosa’s quest to become the first Spanish woman to win the Madrid Open will face a huge test in the Round of 32.

Badosa will face former World No 1 Simona Halep in the second round of the Madrid Open.

The home favourite saw off Veronika Kudermetova 6-3, 6-0 in her opening match on Thursday.

With the weather not co-operating the roof of the Manolo Santana Stadium was closed as Halep eased past Zhang Shuai 6-2, 6-3.

As the highest-ranked player in the tournament and a Spaniard, Badosa has all eyes on her in Madrid.

Her first outing was nearly flawless.

Badosa dispatched a player who beat her the first three times they met with relative ease in just over an hour.

The only blot on her copybook could be the five break points she offered Kudermetova in the first set.

Each time Badosa rescued her service games, winning a competitive opening stanza 6-3 after converting the only break point her opponent offered.

Badosa was gaining momentum through that first set and became unstoppable in the second.

The second seed handed Kudermentova a bagel and a first round exit, the result bringing Badosa back to 2-3 in career meetings between the two.

In Halep’s victory, the scoreline belied the fact that the balance of play was fairly even.

The Romanian’s killer instincts appear intact, and her performance makes it so incredible that she considered giving up the game not too long ago.

Zhang Shuai had beaten Halep twice in their previous four meetings but came up short in their first meeting on clay.

Halep likely hadn’t forgotten her 2016 Australia Open first round loss to Zhang as she pounced on every opportunity.

She established dominance with two early breaks and Halep put the set to bed with a pair of sublime passing winners.

Halep dropped serve early in the second but that appeared to spark her into action as she won six of the next seven games to storm into the second round.

Badosa has never met Halep in a competitive match at any level.