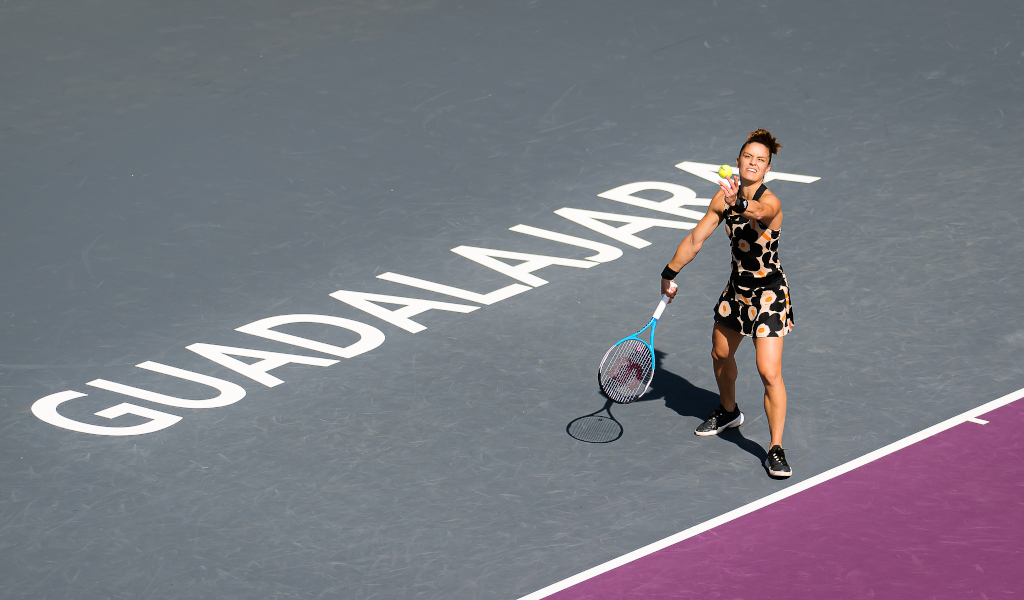 🇬🇷 @mariasakkari fights her way into the semifinals after an incredible match. She defeats the world No.2 Sabalenka 7-6(1), 6-7(6), 6-3👏 #AKRONWTAFinals pic.twitter.com/byzs9mWErs

The opening set was a mixed affair as four breaks were shared before Sakkari dominated the tie-breaker and it was a similar theme in the second set, but this time Sabalenka edged the tie-breaker.

The Greek started the third set with a break, but soon found herself behind as the top seed broke twice to lead 1-3, however Sakkari won the final five games – including three breaks – to earn the win.

Next up is Anett Kontaveit, who finished top of Group Teotihuacán, in the semi-final.

“It was a rollercoaster match from both of us,” Sakkari said.

“I was up a break, then she was up a break. It was just a matter of who took the chances. I think at the end I just played with my heart and fought well, just turned things around.”

In the other match in Group Chichén Itzá, 2020 French Open champion Iga Swiatek finished her campaign with a 7–5, 6–4 victory over Paula Badosa.

Spaniard Badosa will meet compatriot Garbine Muguruza in the other semi-final.