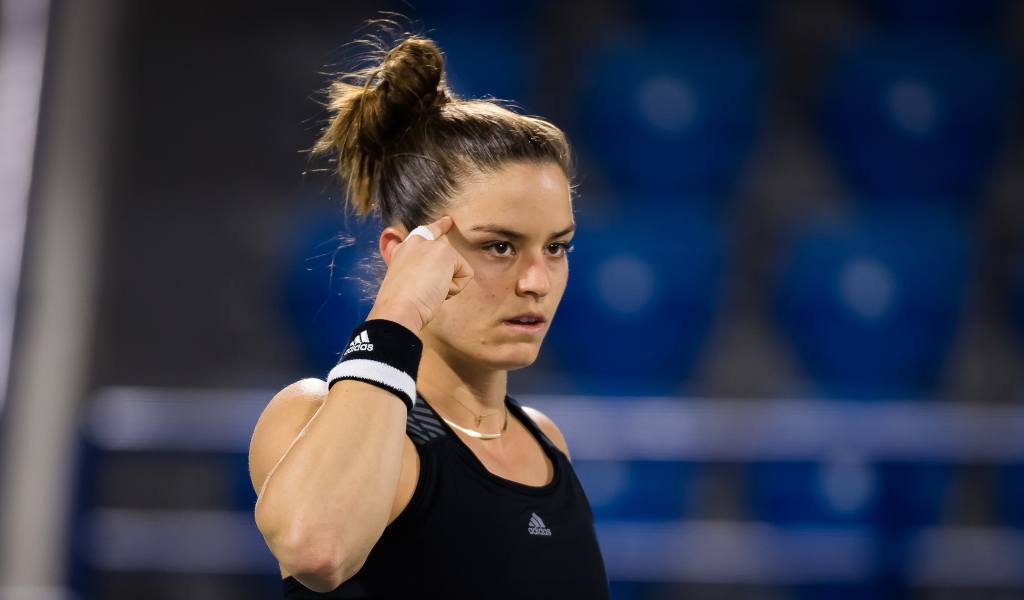 The top two seeds both crashed out of the Abu Dhabi Open at the quarter-final stage as Maria Sakkari accounted for Sofia Kenin’s exit while Veronika Kudermetova ended Elina Svitolina’s run.

For the second match in a row, Sakkari sent a Grand Slam winner packing as the ninth seed beat two-time major winner Garbine Muguruza in the third round and followed it up with a 2-6, 6-2, 6-0 victory over Australian Open champion Kenin on Monday.

After dominating the first set, Kenin lost her way badly as Sakkari won 10 of the final 12 games.

“Beating these players this week it means a lot,” the Greek said after her victory. “I’m playing players that I’ve never played, like [Muguruza] yesterday, so I have a better idea if I play them again. So in general it gives me a lot of confidence starting the year like that and I’m super happy to travel to Australia with some good matches with me.”

“[Sabalenka is] super confident now,” Sakkari said. “We know each other really well, we practice a lot together. She’s having a great career so far and she’s really young. She’s one of the toughest players to play out there. I beat her once so I think I can do it again. I’m not saying I will for sure, but it’s going to be a very tough match for both.”

Kudermetova, who will face Marta Kostyuk for a place in the final, broke in game 11 of the decider to reach the semi-final.