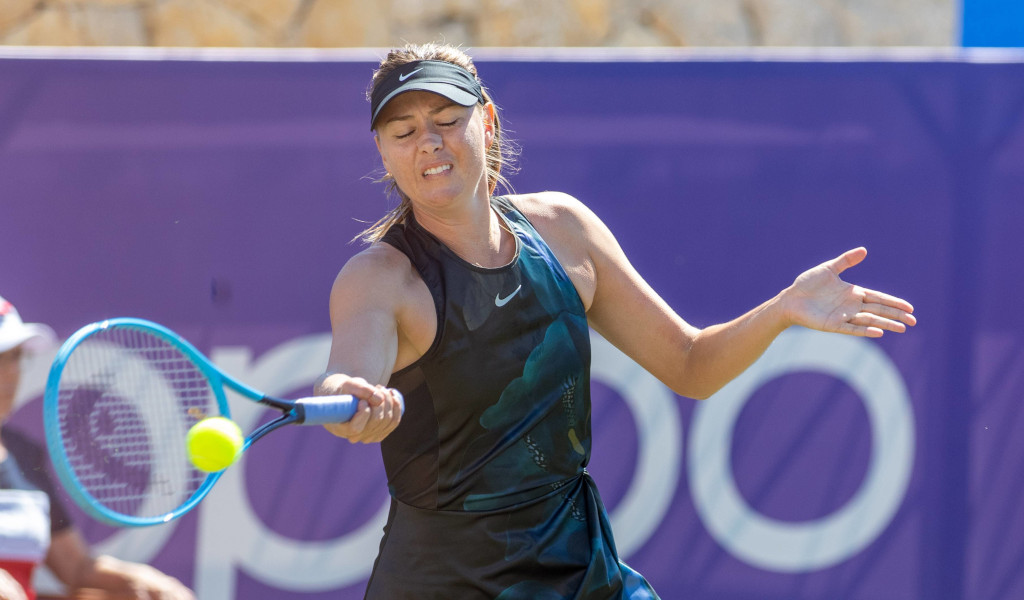 It was a winning return to action for Maria Sharapova as she kicked off her grass-court season with a solid victory over Viktoria Kuzmova.

The five-time Grand Slam winner had been out of action since injuring her shoulder at the St Petersburg Open at the end of January.

However, she finally made her comeback on Tuesday and, after a sluggish start, she eventually ran away with things as she won 7-6 (10-8), 6-0.

“It’s always nice to get a victory,” the Russian said. “It’s been a while since I’ve been out there, so it was good to put down a few things I’ve worked on, put the arms into action. There’s still a lot to work on and improve, but I had to start somewhere.”

She added: “I was just really looking forward to coming back and playing a match. You’ve done so much work, and a lot of it is a grind.

“So much of your focus is on the injury and trying to make it better, so it was nice to let that go and get back to business, which I’ve done since I was very young. It was nice to have that feeling back.”

She will face top seed Angelique Kerber for a place in the quarter-final after the three-time Grand Slam winner beat Belgian qualifier Ysaline Bonaventure 7-5, 4-6, 6-2.

“For a long time I wasn’t really playing matches, and of course playing matches is different from practice sessions,” Kerber said. “And especially now playing on grass again. I practiced only for three days on grass.

“So at the end, it was feeling still not so natural, but it’s the first match. I was feeling so far good on grass and I’m looking forward to the grass season.”

Sixth seed Caroline Garcia continued her good form as she followed up her Nature Valley Open title win with a first-round victory over former world No 1 Victoria Azarenka, coming back from a poor start to win 1-6, 6-4, 7-5.