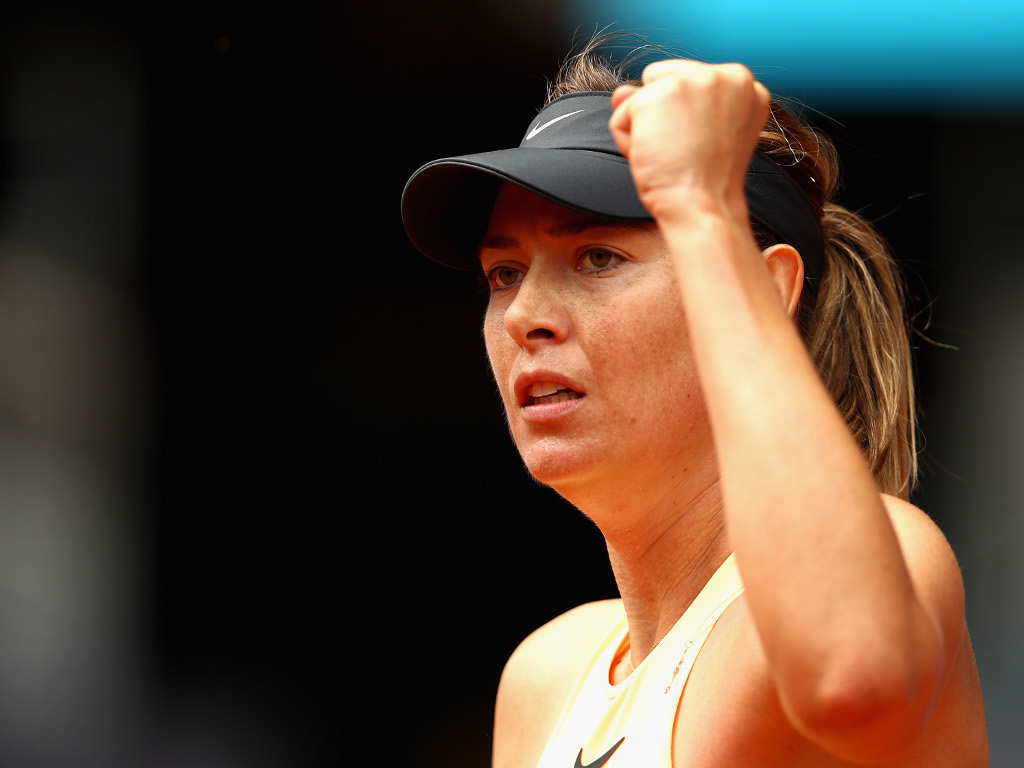 Maria Sharapova overcame a sluggish start to secure her place in the quarter-final of the Madrid Open while Garbine Muguruza lost.

Five-time Grand Slam winner Sharapova lost her opening service game against Kristina Mladenovic, but hit back to win 6-3, 6-4 to reach her first quarter-final since January.

The Russian will face Kiki Bertens for a place in the semi-final after the Dutchwoman stunned second seed Caroline Wozniacki 6-2, 6-3.

Local favourite Muguruza’s run came to a halt as she was beaten by Daria Kasatkina with the 14th seed from Russia securing a 6-2, 4-6, 6-3 victory.

“I was playing against No.3 in the world, and it’s always giving you confidence when you’re beating big players on the big stages,” Kasatkina said. “Matches like this, when you’re fighting for every ball – of course after these matches, you’re feeling much better.”

Spain, though, will have a player in the quarter-final as Carla Suarez Navarro continued her fine run with a 2-6, 6-2, 6-4 win over American Bernarda Pera.