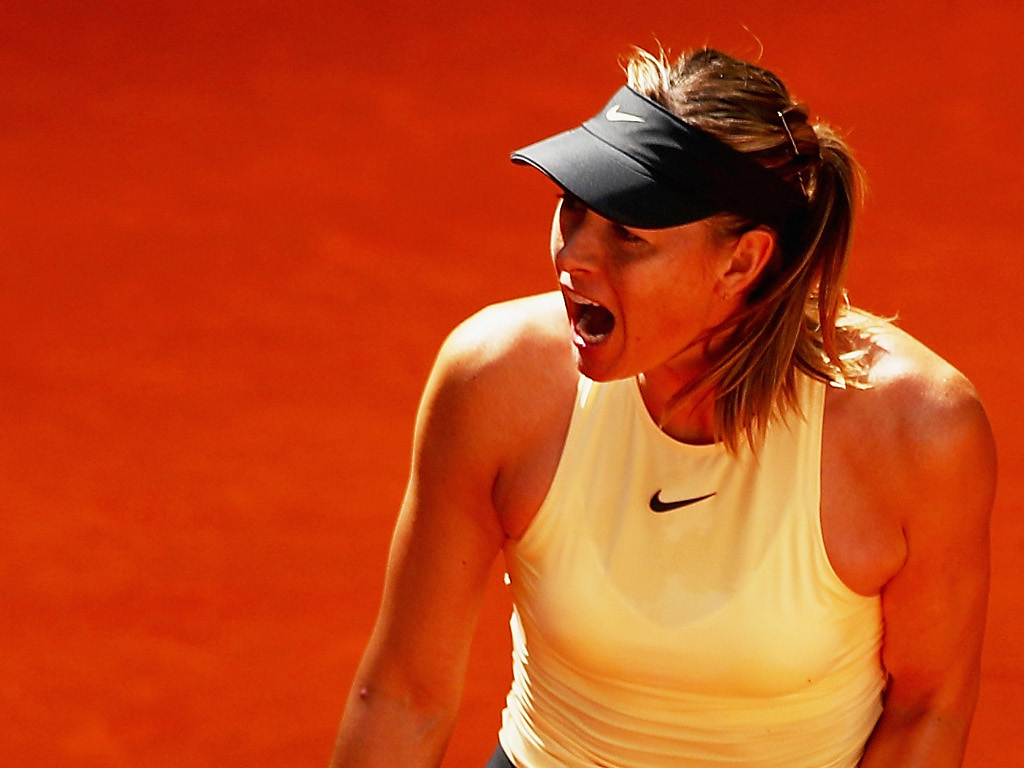 Five-time Grand Slam winner Sharapova has struggled since the Melbourne Grand Slam, losing three consecutive opening matches, but she was in good nick on the clay in the Spanish capital.

The Russian secured a 6-4, 6-1 win over Mihaela Buzarnescu from Romania.

.@MariaSharapova shines in @MutuaMadridOpen first round!

Top seed Halep was way too good for Ekaterina Makarova as she lost only one game en route to a 6-1, 6-0 drubbing of the Russian.

“I was moving great. I felt the game. I like to play on this court. Always when I come back here, I feel a little bit more relaxed,” the Romanian said after her win.

“Maybe that’s why I can touch my best level every time I play. Hopefully I can keep it for the next round.”

.@GarbiMuguruza opens her @MutuaMadridOpen campaign with a 6-4, 6-2 win over Peng.

The ???? moves on to the second round. pic.twitter.com/NqNiYXo1i0

Meanwhile, Victoria Azarenka celebrated her return to European competition with a 6-3, 6-3 win over Aleksandra Krunic and the two-time Madrid Open winner, who is back on this side of the pond for the first time in two years, will face a tough second-round encounter as she is up against sixth seed Karolina Pliskova.

Just a day after winning the Prague Open, 10th seed Petra Kvitova continued her winning ways as she beat Lesia Tsurenko 6-2, 6-1 while in the final game of the day Johanna Konta defeated 16th seed Magdalena Rybarikova 6-3, 7-5.