Maria Sharapova survives scare to move into US Open second round 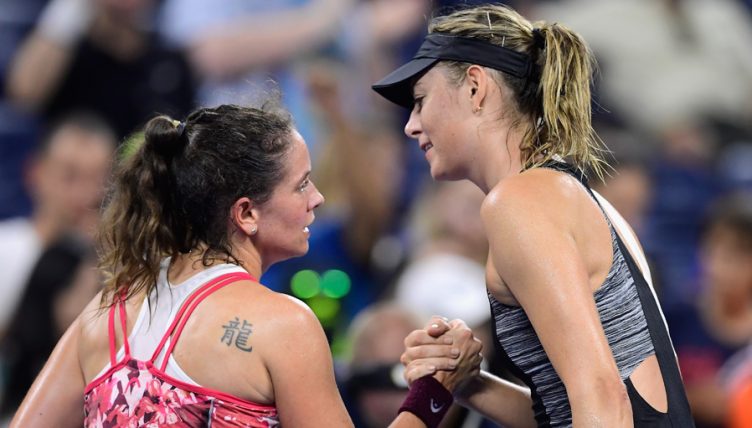 Maria Sharapova is into the second round of the US Open, although it was far from straight forward for the Russian.

The 22nd seed was paired in the draw with Patty Schnyder, a player who was coming out of retirement at the age of 39.

Schnyder held a 7-1 lifetime record over Sharapova coming into the match, although they hadn’t met for a decade.

Sharapova was in control for most of the night, but Schnyder fought back from 5-1 down to force a tie-break in the second before eventually capitulating to a 6-2 7-6 defeat.

All the night session feels…

“I feel like that’s kind of been the story of this year, is coming into events with not enough matches,” Sharapova said.

“I’m doing the best that I can. Just sometimes your body doesn’t quite cooperate exactly the way you want it to.

“I actually didn’t grow up enjoying playing or actually being in New York City.

“It was very intimidating as a teenager. I’ve really embraced it in the last decade.”

In the other late match, Madison Keys beat Pauline Parmentier 6-4 6-4.