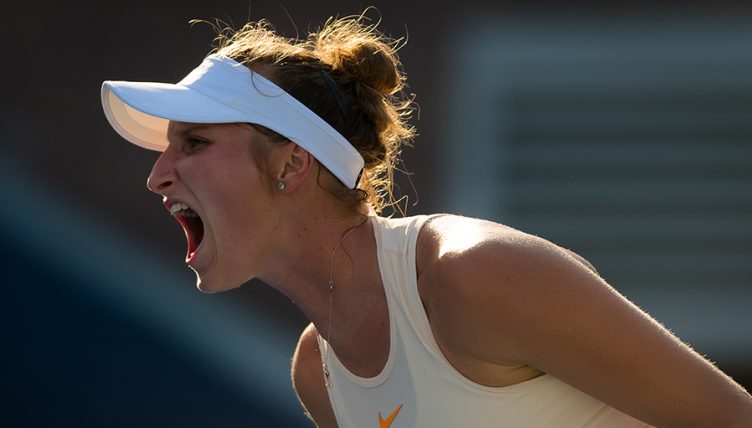 Unseeded Marketa Vondrousova caused the biggest shock of Indian Wells so far, outplaying second seed Simona Halep to move into the fourth round.

The 19-year-old had never registered a win over a top ten player until now, but produced some stylish tennis to battle to a 6-2, 3-6, 6-2 success.

Halep was not at her best, but there was little doubt that Vondrousova deserved the victory.

“I think I was fighting really well,” the Czech said in her on-court interview.

“It was a very tough match and I was running a lot, and sometimes I felt like I was dying, but I kept fighting every point.

“It’s an amazing week for me. It’s actually my first Top 10 win, and I’m just so happy to be through to the quarterfinals, and I’m so happy with my play, as well.

“I love the crowd and all the support here. I’m just enjoying my time here very much.”

It is likely to be a costly defeat for Halep, who looks set to drop in the rankings on Monday.

She will now face Garbine Muguruza after the Spaniard was too good for Kiki Bertens.