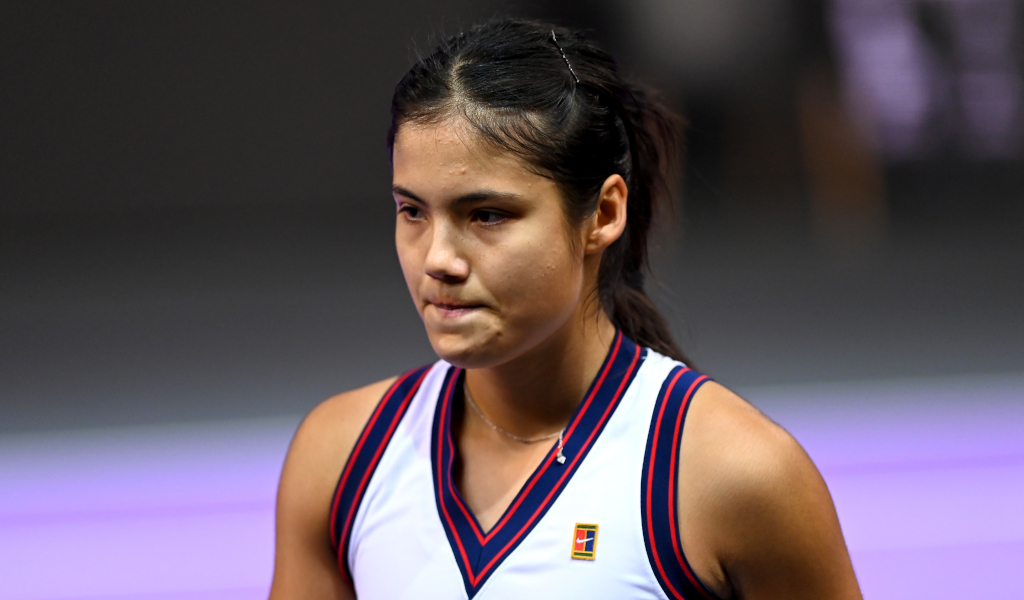 There will be no Simona Halep-Emma Raducanu semi-final at the Transylvania Open after Marta Kostyuk produced a stunning performance in under an hour to ease past Raducanu.

In the battle of the teenagers, Kostyuk dominated from start to finish as she gave the US Open champion no breathing space, winning 6-2, 6-1 in just 57 minutes.

SCARY GOOD 👏@marta_kostyuk takes down the No.3 seed Raducanu in less than an hour. She will face Halep for a spot in the finals! 💪#TransylvaniaOpen pic.twitter.com/pLJlSJwE84

Kostyuk’s effort was reminiscent of her rival’s run at Flushing Meadows as she broke in the opening game of the match and again in game seven. Raducanu’s only sniff in the set came in game six, but she failed to take the break point opportunity.

It was also one-way traffic in the second set as the Ukrainian broke to love in the opening game and then added an insurance policy in game six.

There was not a single sniff for Raducanu on the Kostyuk serve in the second set and the sixth seed sealed the match with a third break in game seven.

“Honestly I don’t know how I won the first game,” the 19-year-old said. “I was 15-40 down, she had advantage, she was serving, and I think that’s where everything started. I somehow won that game and I gained this confidence.

“I had this feeling that I’m not going to lose this match and then after that I figured out by the fifth game maybe how to play her today – I don’t know, maybe next time I play her it’s going to be different tactic.

“But I figured it out and the tactic obviously helped me. I couldn’t read her because if her ball is in it’s really, really tough to do something. I was just trying to put as many balls back as I could.”

Kostyuk, who is looking to reach her maiden WTA final, will face top seed Halep in the semi-final after the former world No 1 defeated compatriot Jacqueline Cristian 6-1, 6-1.

Flying into the semifinals 🚀

The No.1 seed @Simona_Halep defeats Cristian in straight sets to book her 🎟️ into the #TransylvaniaOpen semifinals! 🔥 pic.twitter.com/R5mP2NIVCu

The other last-four clash will see Anett Kontaveit take on Rebecca Peterson. Second seed Kontaveit, who needs to win the tournament to qualify for the WTA Finals, eased past Anhelina Kalinina with a 6-1, 6-3 win while Peterson battled to a 6-2, 3-6, 6-3 win over Lesia Tsurenko.