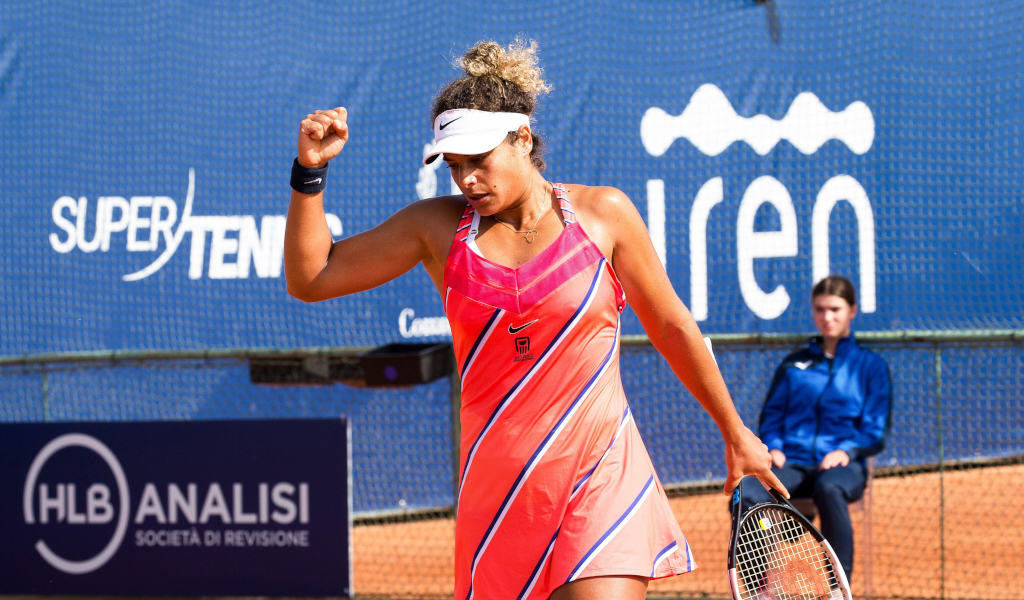 Sherif’s stunning triumph over World No 7 Sakkari was the first Top 10 win of her career.

With play on Friday cancelled due to inclement weather, Sherif’s history-making day in Parma required he to put in a grueling effort to win both the semifinal and final in one day.

Meanwhile, Sakkari had eased through to her first final since Indian Wells with a 7-5, 6-2 win over Danka Kovinic and was heavily favoured to lift the trophy.

“I’m exhausted,” Sherif said after the final. “Today was a very tough day for me, many hours on court. I’m very happy that I pulled it off. I had to dig very deep.”

Playing in just her second career WTA final and first of the current season, Sherif quickly set aside any concerns of fatigue from her semifinal effort and even raised her game against her more fancied opponent.

After falling behind an early break at 2-0, Sherif buckled down and broke Sakkari four times in the opening set.

She pounced on Sakkari’s faltering serve with her first-serve percentage eventually coming in at just 44%, while Sherif converted all four break points she earned in the first set while playing a physical, disciplined game from the baseline.

Serving to force a tiebreak at 5-6, Sakkari failed to convert three game points from 40-15 up. The top seed misfired on back-to-back forehands to drop the set after 54 minutes.

Sakkari once again earned an early break in the second set at 2-0 but failed to hold her lead.

In the face of Sherif’s relentless consistency, Sakkari continued to misfire.

Almost inevitably Sherif broke back and levelled the set at 2-2 and would then lose just one game for the remainder of the match.

Sakkari was bidding to win her first title since winning Rabat in 2019. The loss dropped her record in WTA finals to 1-5.