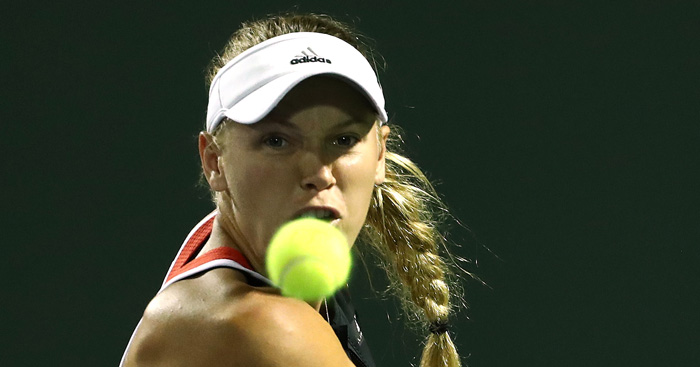 Caroline Wozniacki and Naomi Osaka have both crashed out of the Miami Open in the second round on Friday.

World number two Wozniacki appeared to be well on her way to an easy victory over Puerto Rican Monina Puig after winning the first set to love in less than 30 minutes.

However, Puig, who is ranked 82 in the world, kept her head to win both remaining sets 6-4 to clinch a stunning victory.

Osaka’s bid for the Sunshine Double also came crashing to the ground after she lost 6-4, 6-2 loss to fourth seeded Ukrainian Elina Svitolina.

Osaka defeated Serena Williams in the opening round after winning the Indian Wells Open earlier this month, and was riding an eight-match winning streak, but Svitolina was just too much for the 24-year-old – although she was forced to save six break-points along the way.

Venus Williams survived a scare, overcoming deficits in both sets in her 7-5 6-4 win over world number 88 Natalia Vikhlyantseva.