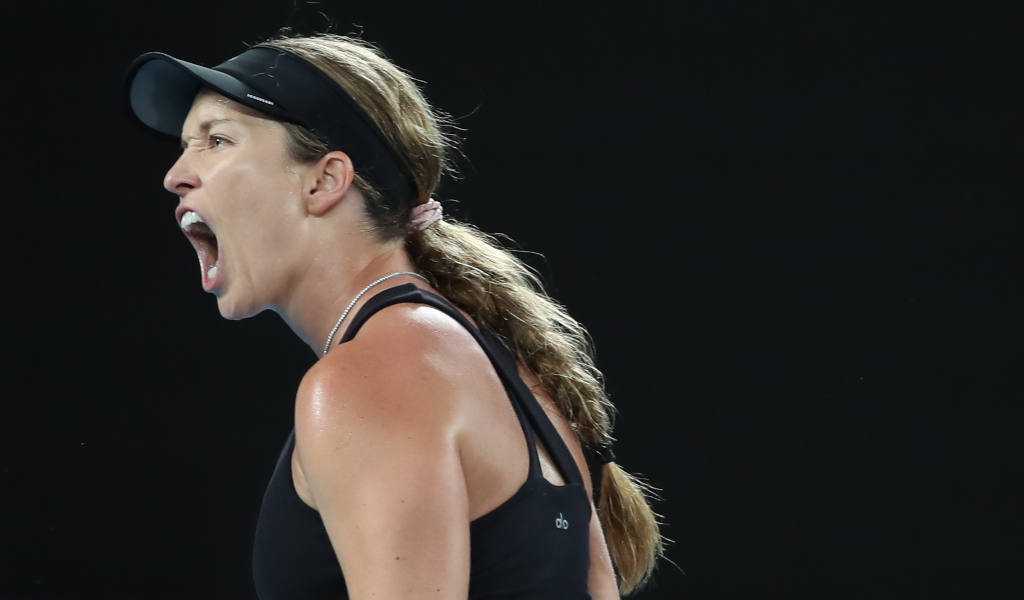 Danielle Collins overcame Anna Bondar in a tough three set battle to progress to the third round while Canada Leylah Fernandez suffered an upset loss.

Initially, it looked like Collins wasn’t feeling any sort of rustiness at all, despite her lack of tour action, as she snatched the first set in clinical fashion.

🇺🇸 Danielle Collins moves on in Miami with 6-3, 3-6, 6-4 win over Bondar!#MiamiOpen pic.twitter.com/1I65DrwlYj

However, the Hungarian began to show off her own formidable serve as she hit back to take the second set.

Bondar went 2-1 up in the third when she broke Collins in the third game, but the American hit back winning five games in a row to claim the match.

Karolina Muchova, making her return to the WTA Tour in Miami after seven months out with injury, completed a 6-4, 7-6(3) upset of No 18 seed Leylah Fernandez.

Fernandez was making her Miami Open main draw debut, but is coming off a solid run of form that had seen her defend her Monterrey title and reach the fourth round at Indian Wells.

The Canadian No 1 struggled to cope with Muchova’s creative shot selection and the windy conditions at the Hard Rock Stadium.

In the opening set, Fernandez and Muchova traded break points but only the latter was able to convert one.

Muchova produced a wonderful cross-court forehand to claim the crucial break at 3-2 in the first. She then held out to take the set.

While Muchova broke Fernandez again at 4-2 in the second the Canadian fought back and would force a tiebreak.

Muchova eventually claimed the set and the match, avoiding a gruelling third set in the Miami heat.

🇨🇿 @karomuchova7 reaches the #MiamiOpen third round on her return from injury with victory over Fernandez! pic.twitter.com/hF8p9F0jtc

“I’m dead!” Muchova said with a laugh in her on-court interview after their second round Miami Open match. “[After an injury] you can do whatever fitness, but the match is something else. For me it was a win just to play and compete again.”

Alison Riske, joined compatriot Collins in the third round after defeating No 31 seed Alizé Cornet 6-2, 6-2 in 1 hour and 26 minutes on Thursday.