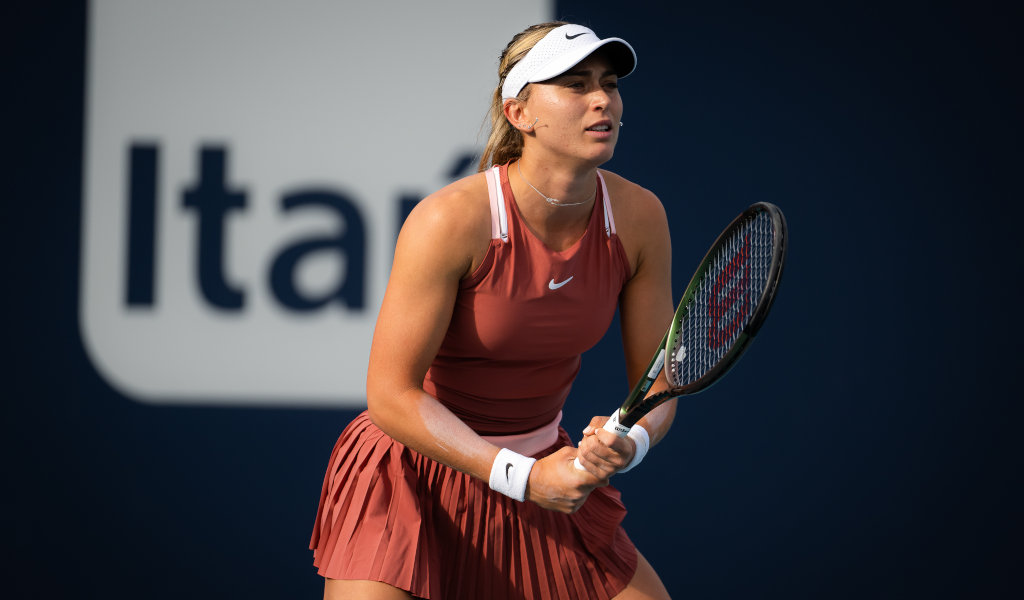 Soon to be World No 2 Paula Badosa was forced to retire during her Miami Open Quarterfinal against American Jessica Pegula.

Badosa has been suffering from the effects of a viral infection and felt that she was unable to continue having endured five game in the first set.

Pegula dropped serve to start the match but then proceeded to win four games on the bounce before Badosa threw in the towel.

🇺🇸 @JLPegula advances to the #MiamiOpen semifinals after Badosa retires.

Badosa had taken a medical timeout early in the first set of her fourth round victory over 16-year-old Linda Fruhvirtova on Monday, but went on to complete the match and progress to the last eight.

The Spaniard was still not feeling well ahead of her match against Pegula but opted to take to the court before pulling out 18 minutes into the contest.

Pegula has enjoyed something of an easy ride into the semifinals progressing via retirement with a set or less played in the last two rounds.

The 28-year-old from Buffalo had advanced past Anhelina Kalinina in Round 4 after winning the first set 6-0.

Pegula has proven a consistent performer at WTA 1000 events, having reached the quarterfinals at five events in the last two seasons.

Her first semifinal appearance at WTA 1000 level came in Montreal in August 2021. There, she would eventually be beaten by eventual champion Camila Giorgi.

Bidding for her first-ever WTA 1000 final, Pegula will next face the winner of the night match between second-seeded Pole Iga Swiatek and No 28 seed Petra Kvitova of the Czech Republic.

The other Miami Open semifinal will be contested between Belinda Bencic and Naomi Osaka.

Osaka has not lost a set on her path to the Miami semifinals. She defeated Astra Sharma, Angelique Kerber, Alison Riske and No.9 seed Collins.

Osaka has now won nine of her past 10 quarterfinal matches.