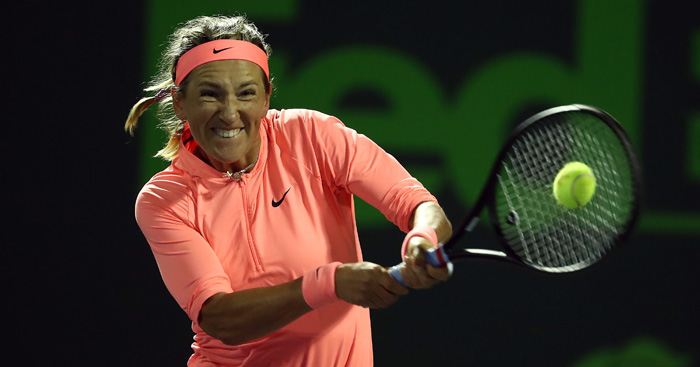 Victoria Azarenka moved into the third round of the Miami Open after US Open finalist Madison Keys was forced to retire with a leg injury.

The Belarusian, a former three-time winner of the tournament, was up by a set and a break when Keys decided to withdraw.

Azarenka will play Anastasija Sevastova after she overcame Alize Cornet 7-5 6-4.

World number one Simona Halep survived a scare after dropping the first set but went on to beat Oceane Dodin, and she will face Agnieszka Radwanska, who prevailed against Alison Van Uytvanck.

Other seeds through to the third round include Garbine Muguruza, whose opponent Amanda Anisimova withdrew, and Karolina Pliskova, who won 7-5 7-5 against Ekaterina Makarova.

Reigning US Open champion Sloane Stephens is also through to the next round, where she will face qualifier Monica Niculescu.