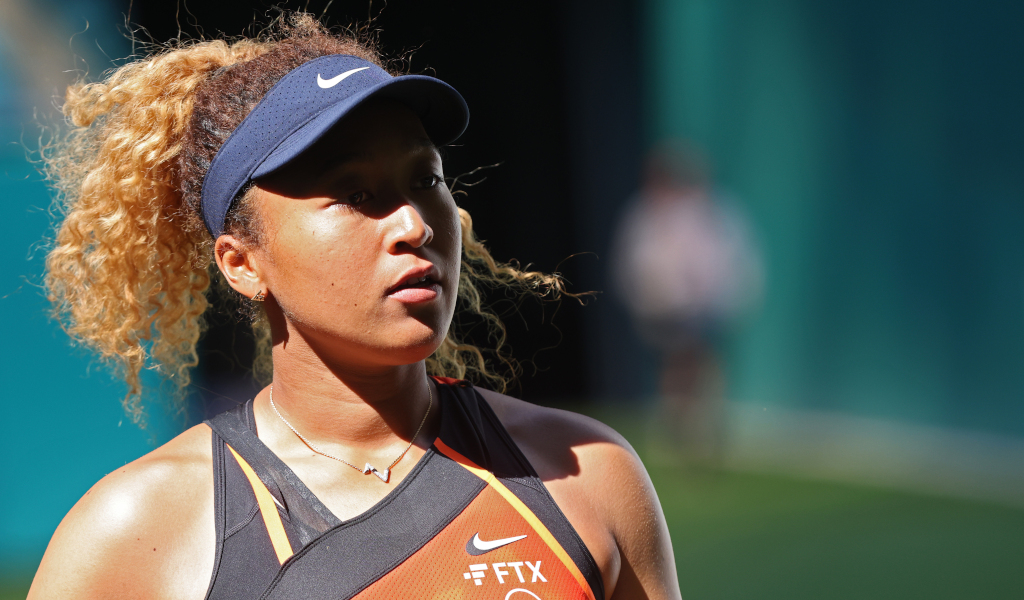 The Naomi Osaka juggernaut rolled into the semi-final of the Miami Open with a win over Danielle Collins and she will face Belinda Bencic for a place in the final.

Following her surprise second-round defeat at the hands of Veronica Kudermetova at Indian Wells, Osaka has produced four brilliant matches to reach the last four in Florida.

Her latest win was a 6-2, 6-1 demolition of American Collins in just 59 minutes.

There were breaks in games five and seven of the first set while it was one-way traffic in the second set with three breaks.

The four-time Grand Slam winner is yet to drop a set in Miami and she is pleased that her efforts are finally being rewarded.

“After Australia, I was training really hard every day,” Osaka told reporters after the match. “I went to Indian Wells with the intention to do really well, and then I didn’t. But [coach] Wim [Fissette] told me, Listen, you’re playing really well. But it’s hard to listen to someone tell you you’re playing well without having the results to back it up.

“I’m glad that, in a way, I don’t have a good ranking, because I’m able to play the matches that I need to play. I feel like I’m the type of person that plays better with more matches, so actually having back-to-back matches benefits me a lot.”

She will face 25-year-old Bencic in the last four after the Tokyo Olympic gold medalist defeated Daria Saville 6-2, 6-1.

The 24-year-old Osaka admits her mentally shifts when she plays people her age.

“I get really emotional when I play people around my age or younger,” the Japanese star said. “I don’t know if it’s like this thing that I want to be better than them, but I just automatically put a lot of pressure on myself. I kind of acknowledged that after I lost to Coco [Gauff] that one year. I’m just like, you know what? I’m at an age there is going to be a bunch of young, really good players, and I have to respect them and know that they are here for a reason. I was once in their shoes.

“I think my mentality was a very big part in my losses back then. Hopefully, it will be better, because I feel like I have kind of worked through it. So hopefully on Thursday, it will be more about tennis. She’s a really good tennis player. She won the gold in Tokyo, which I really wanted to win. She’s clearly ranked where she is for a reason.”