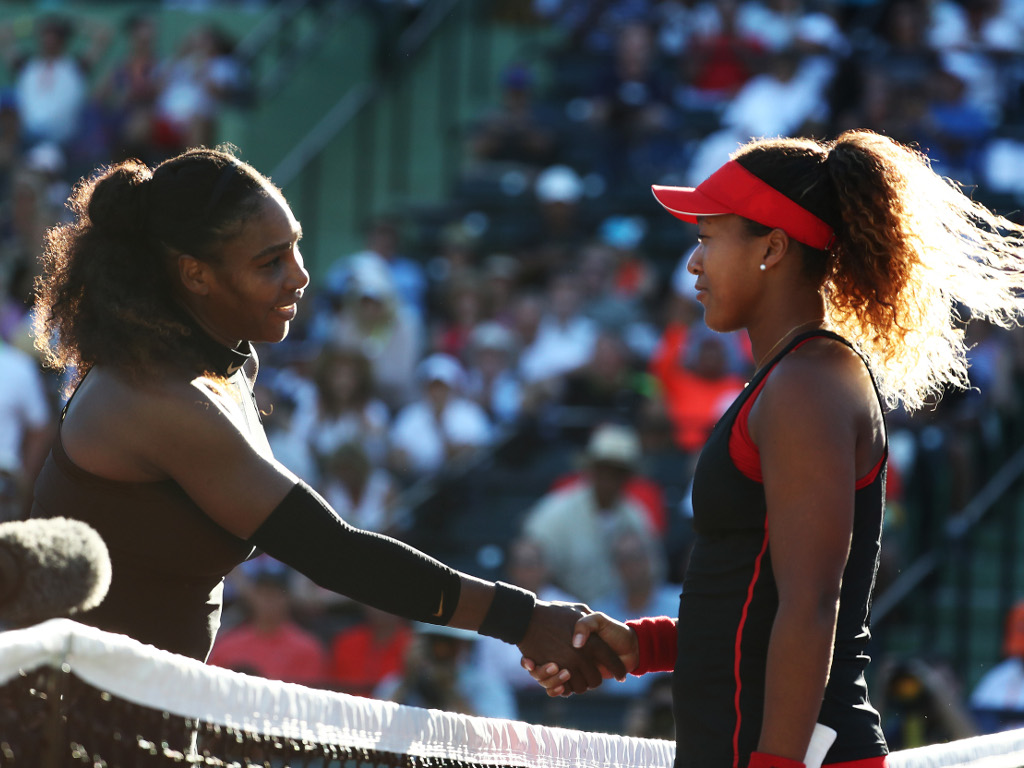 The 20-year-old secured her maiden WTA title last week when she won the Indian Wells Masters and en route she dispatched Maria Sharapova, Karolina Pliskova and world No 1 Simona Halep.

And now she has added Williams to her list as she beat the 23-time Grand Slam winner 6-3, 6-2 in one hour and 17 minutes in Key Biscayne.

The winning continues for @Naomi_Osaka_!

— WTA (@WTANaomi Osaka has beaten another big-name player as she saw off Serena Williams in the first round at the Miami Open) March 21, 2018

“I was extremely nervous coming on the court. I don’t know if anyone knows this but Serena is my favourite player,” the Japanese player said. “Just playing against her is kind of like a dream for me, so I’m very grateful, and it’s even better that I was able to win.”

Osaka added: “She’s the main reason why I started playing tennis, and just, I have seen her on TV so many times and I have always been cheering for her, so for me to play against her, and just sort of trying to detach myself a little bit from thinking that I’m playing against her and just try to think I’m playing against just a regular opponent was a little bit hard for me.”

Third seed Garbine Muguruza advanced without stepping onto the court as 16-year-old Amanda Anisimova was unable to play due to an ankle injury.

Three-times Miami winner Victoria Azarenka had no problems seeing off Catherine Bellis as she beat the American 6-3, 6-0.

“I’m happy that I’m playing,” the Belarusian, who is playing in only her second tournament in eight months due to a protracted custody battle, said. “I don’t want to be over-the-moon happy, because I’m still in the tournament, and I want to continue to reach any heights and new goals.”