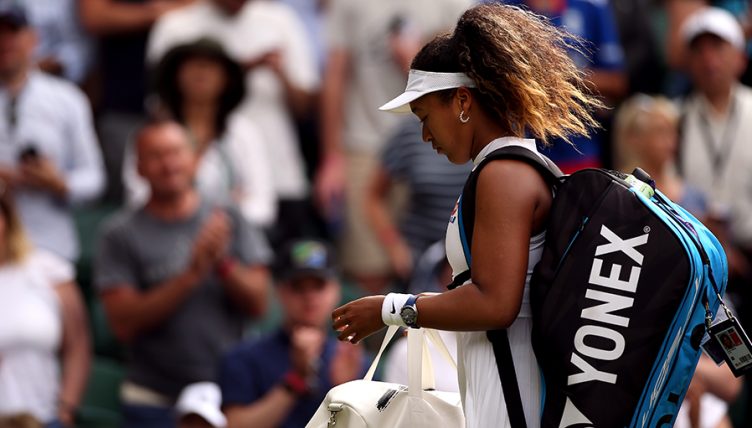 World number two Naomi Osaka became the first major Wimbledon casualty after losing to Yulia Puntintseva in the first round.

The centre court crowd saw Osaka crash out 7-6 (7-4) 6-2 to an impressive Puntintseva who held her cool while her opponent struggled throughout the game making 38 unforced errors.

Osaka, the US and Australian Open champion, has suffered a dip in form in recent months and has now failed to sparkle in her last two Grand Slams.

Kazakhstan player Puntintseva was feeling confident before the game after defeating Osaka just two weeks ago in Birmingham, causing her to lose her number one ranking to Ashleigh Barty.

“The biggest win of her career” 👏@PutintsevaYulia upsets world No.2 Naomi Osaka 7-6(4), 6-2 on Centre Court to book her second round spot #Wimbledon pic.twitter.com/PQQYpFsQqu

A jubilant Putintseva said after the match: “That’s amazing actually. I never played on this court before, I never even stepped on it.

“It was very new for me and I think I did a good job out there, I was fighting well. I’m very happy.”