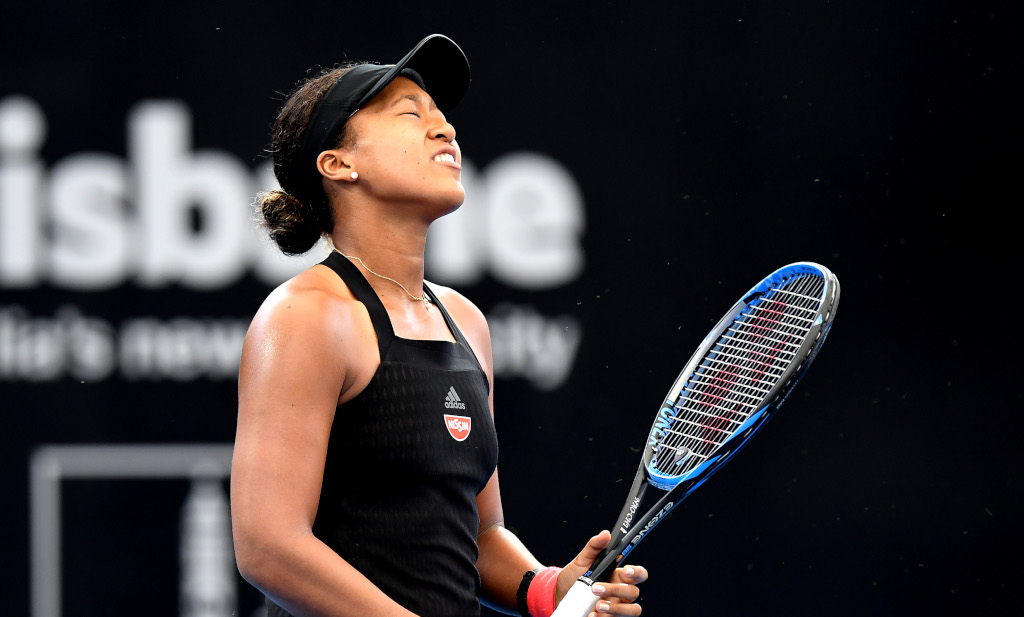 Naomi Osaka was pretty blunt about her last-four display at the Brisbane International, saying she had the “worst attitude”, “was sulking a little bit” and was “being childish and stuff”.

The US Open champion suffered a surprise 6-2, 6-4 defeat in just over an hour at the hands of Lesia Tsurenko in the semi-final as she was broken twice in the first set and once in the second.

The second-seeded Osaka didn’t mince her words after the match.

“If I’m being really frank, I just feel like I had the worst attitude today,” she is quoted as saying by WTAtennis.com. “I feel like I didn’t really know how to cope with not playing well.

“So, I don’t know, I was sulking a little bit, and there are moments that I tried not to do that. But then the ball wouldn’t go in, and then I would go back to being childish and stuff. So I think that was sort of my main problem today.

“I feel like last year I did a lot of that, and I’m trying to change it more, and I think I have, towards the end of last year. So hopefully this isn’t a reoccurring thing.”

“I feel like, in a way, that this experience for me is better than winning the tournament, because this helpless feeling I have, I think today I learned sort of what I have to do to, not fix it, but what I can do to improve the situation so there aren’t many moments that I feel like that.

“But, yeah, I mean I feel like today was a very valuable lesson.”

“I think regarding strategies for me, I felt like I had no control over the ball today. So there are two paths that I can take. Usually, one is to hit everything. And then another one is to run everything down. And usually I pick the hitting part first and then the running later, and I think I need to switch that around.”

The 21-year-old also withdrew from the Sydney International after the match, but her run to the last four in Brisbane will see her move to No 4 in the world rankings.

Tsurenko, who is looking for her fifth WTA Tour title, will face Karolina Pliskova in the final after the fifth-seeded Czech beat Donna Vekic 6-3, 6-4.