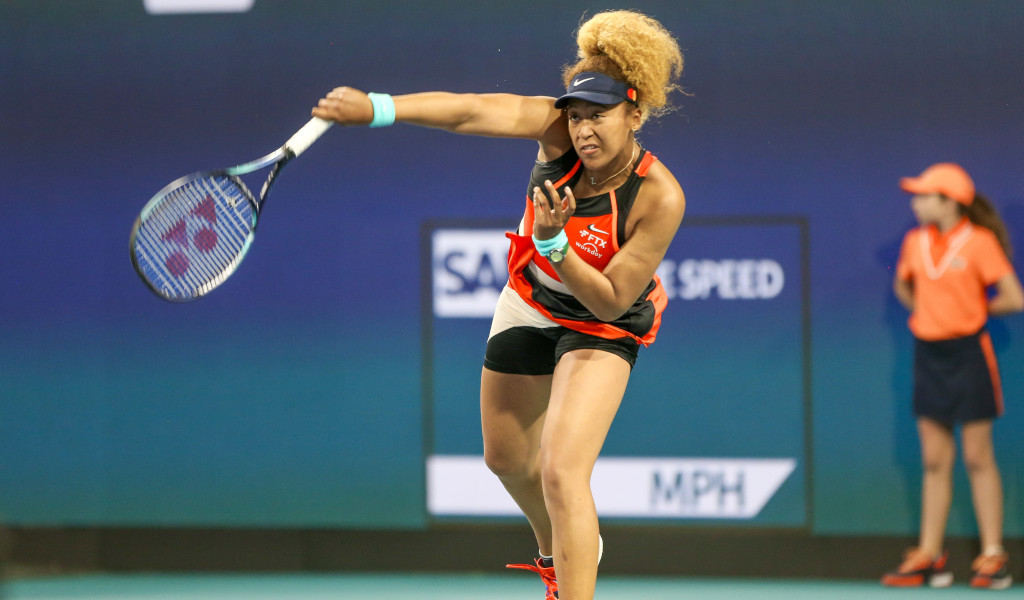 It will be Osaka’s fourth career WTA 1000 final and she will bid for a third Masters title.

A courtside view of the moment @naomiosaka secured a spot in her first #MiamiOpen final!

An emotional Osaka thanked the crowd who got behind her in a tough match.

“Damn, I’m almost crying,” she said in response to huge cheers from the crowd.

“This tournament means a lot to me.

“It’s my first time in the final here and I’m really thankful.

“It’s been a while since I’ve been in a final – I think it was the Australian Open last year – so thank you guys so much, I really love you from the bottom of my heart.”

Osaka came into the semifinals with a serve that has been humming this fortnight, holding 35 out of 36 times in her four previous matches in the event.

Bencic found a way to break Osaka four times though, in a valiant attempt to extend her three-match winning streak against the former top-ranked player.

Bencic took the first break of the day when she fired two searing backhand returns to lead 2-1.

A second break and a 4-1 lead came Bencic’s way, and although Osaka clawed one break back, Bencic held on to claim the one-set lead.

Osaka eventually prevailed though as she whipped out some more incredible serving at clutch moments.

Osaka came back strong in the second set.

She snapped off a forehand winner to break for 4-2, and she levelled the match from there, causing Bencic to lose her first set of the tournament. Osaka had 16 winners to just seven unforced errors in the second set.

Both combatants had to grind through tough service games where they each saved multiple break points early in the deciding set.

Osaka cracked open the third set with a break for 3-2 via another forehand winner.

At 5-2 up Osaka could not serve out the match.

However, this proved to be a minor blip as Osaka used fiery serving to hold in the 5-4 game, earning a win over one of her most difficult opponents.

She finished the match having pounded down 18 aces, the most by any player in a match so far this season.

Recently retired World No 1 Ashleigh Barty held the previous best with 17 aces in the Adelaide quarterfinals.