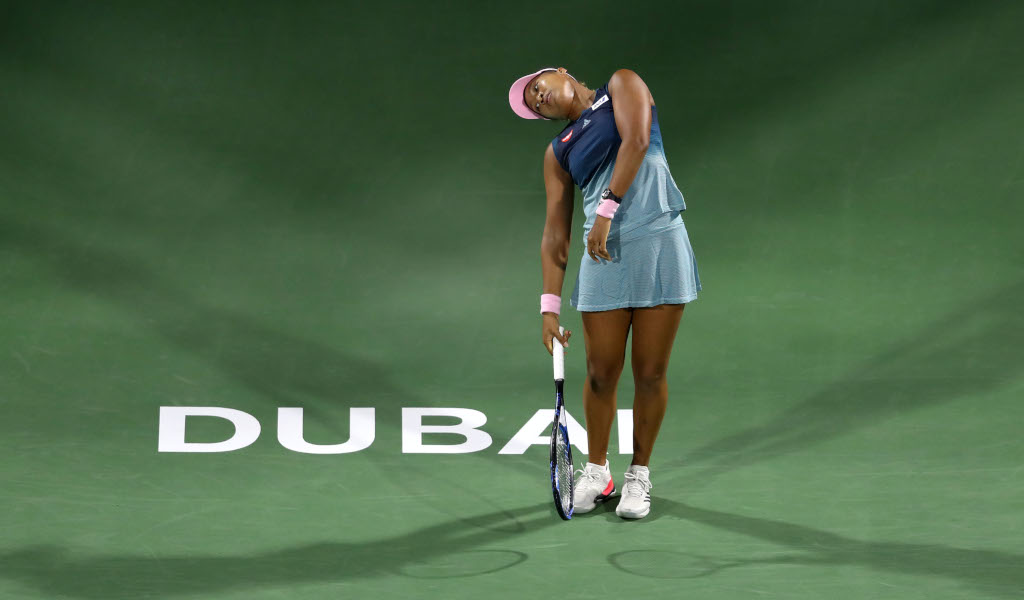 It wasn’t a happy return to competitive tennis for world No 1 Naomi Osaka following the split with her coach as she lost in straight sets against Kristina Mladenovic.

It has been an interesting start to the year for Osaka as she claimed her second consecutive Grand Slam when she won the Australian Open with the result earning her the world No 1 ranking in the process.

She then withdrew from the Qatar Open due to a back injury and a few days later announced she had parted company with coach Sascha Bajin.

The 21-year-old, though, finally made her return to action at the Dubai Duty Free Tennis Championships on Tuesday, but was stunned 6-3, 6-3 by Mladenovic in just over an hour.

.@KikiMladenovic scores the biggest win of her career at @DDFTennis!

The Frenchwoman raced into a 3-0 lead as she broke Osaka twice, but the Japanese player managed to get one break back before she was broken again in game nine.

Both players struggled to hold serve in the second set with a total of seven breaks, but it was Mladenovic who edged it 4-3 to secure her first-ever win over a world No 1.

“We know each other pretty well – we practiced here, actually!”@Petra_Kvitova on beating her 🇨🇿compatriot Siniakova! pic.twitter.com/d2KfRaBG4B

The two time Grand Slam winner broke once in the second and third sets to secure a third-round encounter against Jennifer Brady after the American upset 14th seed Caroline Garcia 6-4, 7-5.

Reigning French Open champion Simona Halep also didn’t have it all her own way against Eugenie Bouchard, but the second seed still managed to beat the Canadian qualifier in straight sets, securing a 7-6 (7-4), 6-4 win.

Fifth seed Angelique Kerber also went to a tie-breaker in the first set against Dalila Jakupovic before the German pulled off a 7-6 (7-4), 6-3 win to set up a date with Su-Wei Hsieh.

Elina Svitolina, meanwhile, advanced when Ons Jabeur retired midway through the second with.

The sixth-seeded Svitolina was leading 7-6 (7-4), 4-0 when the Tunisian threw in the towel due to a right shoulder injury.

Due to injury, Jabeur retires down 7-6(4), 4-0.@ElinaSvitolina moves into the @DDFTennis third round as a result pic.twitter.com/ZYmp2AKcYW