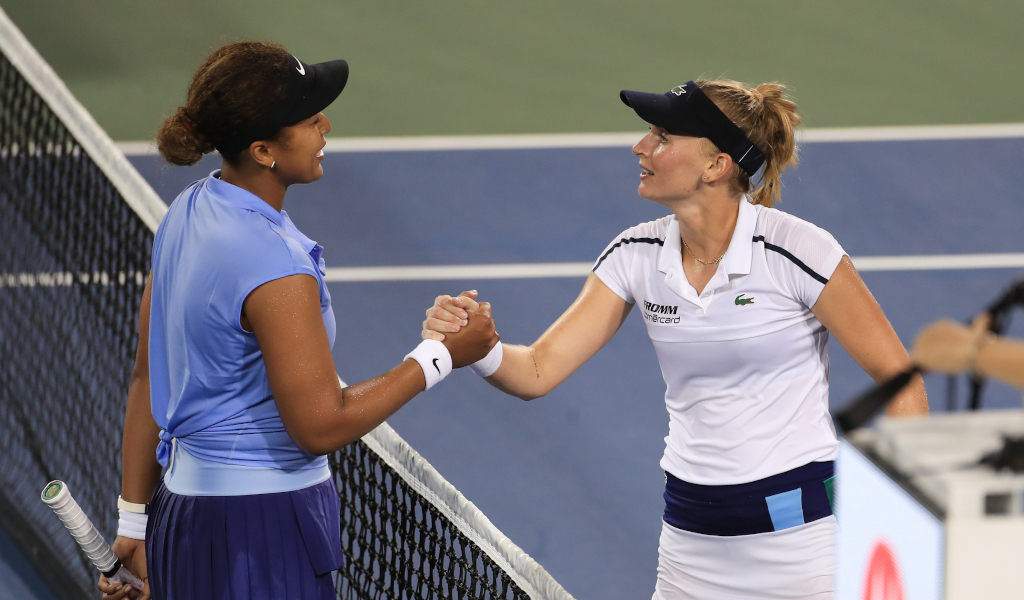 Naomi Osaka believes she learned a lot from her defeat to Jill Teichmann at the Western & Southern Open while she conceded that her lack of match practice has contributed to her performances in Cincinnati.

Following her decision to withdraw from the French Open, the four-time Grand Slam winner only made her return to competitive tennis at the Tokyo Olympics where she lost in the third round.

Playing in her first WTA Tour event since May, she needed three sets to beat Coco Gauff in the second round in Cincinnati. However, she went down against wildcard Jill Teichmann in the third round as the Swiss claimed a 3-6, 6-3, 6-3 victory for the biggest win of her career.

Afterwards Osaka was asked about her performance and replied: “I thought she played really well. I thought in the first set I was doing everything I was supposed to do, and then in the second set and also in the third set I felt like I was a bit too defensive maybe.

“I also thought that my performance in Tokyo was also lingering in my mind a bit, because I felt like I was overly aggressive there.

“I felt like I learned a lot from this match and I felt that, if anything to take away from this, I tried my best throughout the entire match.”

The defence of her US Open title starts in under a fortnight and Osaka only has five matches under her belt since May.

The world No 2 admits she needs to play to her strengths if she is to improve.

“I feel like an execution issue would be because of not playing matches. I thought that I felt a bit hesitant, and normally I don’t feel that way,” the 23-year-old said.

“Of course I put myself in this position by choosing not to play that many tournaments.

“I feel like there were times where I was doubting myself. For me, I feel like it’s important to remind myself what my strengths are, and I think I did that well in the first set. Then in the second set, I felt like maybe I played a bit more to her (Teichmann’s) rhythm, and also in the third set, as well.”