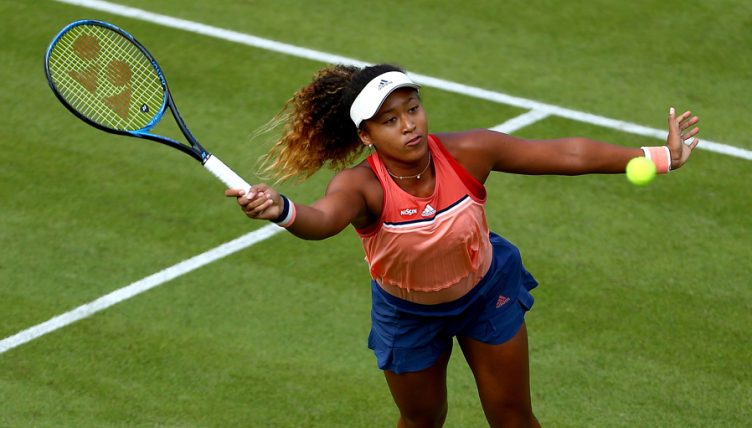 Naomi Osaka could be a doubt for Wimbledon after the Japanese player was forced to retire during the Nature Valley Classic in Birmingham.

The 20-year-old, who won at Indian Wells earlier this year, was forced to quit her match with qualifier Dalila Jakupovic with an abdominal injury.

Osaka appeared fine to start fine but began to struggle towards the end of the first set. After surrendering it 6-3, she then had on-court treatment before deciding she could not continue, sending Jakupovic through to her first quarter-final at a WTA Premier event.

There she will play Slovakian Magdalena Rybarikova, who again impressed in coming from a set down to defeat Kristina Mladenovic 3-6 6-2 6-1.

Second seed Elina Svitolina has also reached the quarter-finals for the first time with a 6-4 6-2 victory over France’s Alize Cornet.

The Ukrainian will face Mihaela Buzarnescu in the last eight, who defeated Petra Martic 4-6 6-3 6-2.