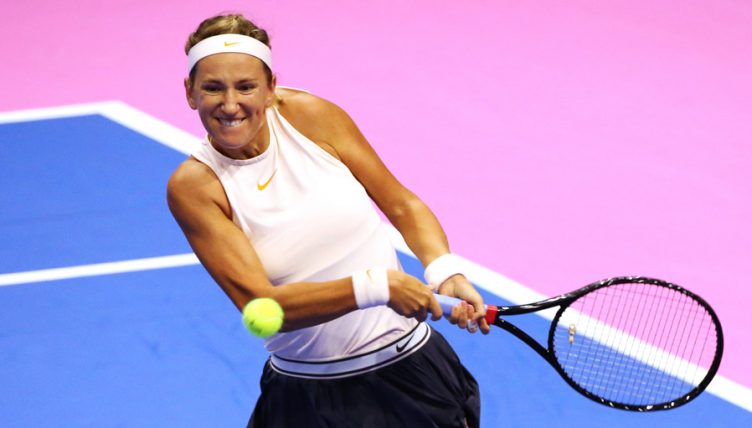 Victoria Azarenka has powered into the Pan Pacific Open quarter-finals after beating Ashleigh Barty 6-4 6-2, while Naomi Osaka also learned who her next opponent will be.

The Belarusian, a former world number one who has seen her ranking slip to 63 due to personal off-court issues, was far too much for the Australian and could face top seed Caroline Wozniacki next.

“That makes me feel a little old, but I’m happy to be here,” said Azarenka, 29, when informed she had reached the quarter-finals for the first time since 2012.

“Obviously it’s been a while since I’ve played, I’m just trying to look day by day and see what happens. But I’m definitely enjoying my time on court these days.”

Barbora Strycova is also through – and she will face Naomi Osaka next.

The Czech overcame Estonia’s Anett Kontaveit 7-6, 3-6, 7-5, and staged a sit-down protest at one line call, but she knows she’ll have to be much better to beat the new US Open champion.

“I know I will have to play very well to beat Naomi,” said Strycova.

“She’s a star – she’s just won a Grand Slam, which was such a huge success for her. Playing in Japan the support will be for her but I’ll try my best and see what happens.”