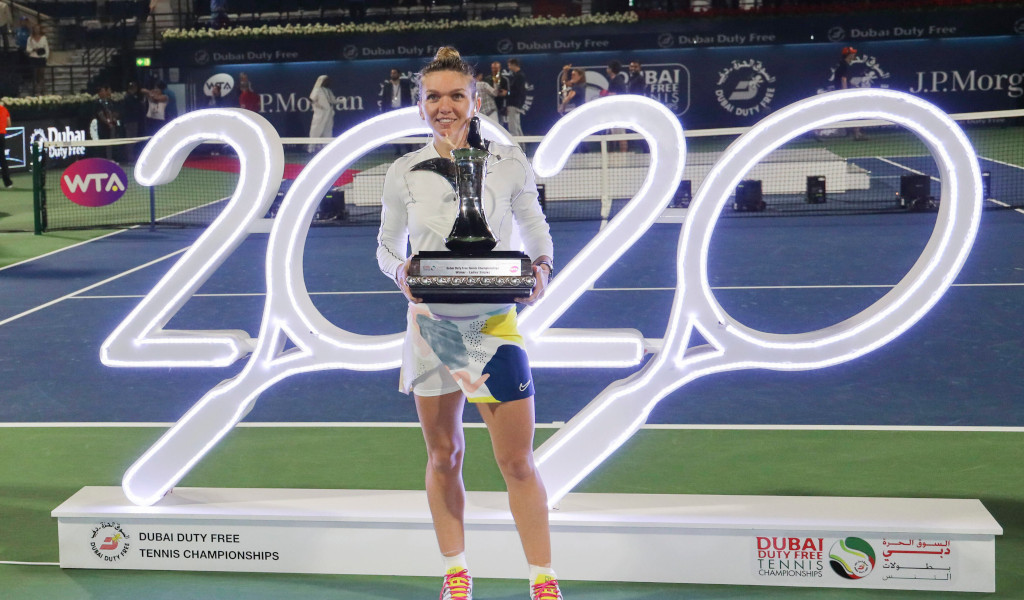 It really is the year of #20Plenty for Simona Halep as she notched up her 20th WTA Tour title at the 20th anniversary of the Dubai Duty Free Tennis Championships with a come-from-behind win over Elyna Rybakina.

She’s the champion!@Simona_Halep takes the @ddftennis title in a tiebreak after a simply amazing match against Rybakina – 3-6, 6-3, 7-6(5)! pic.twitter.com/7ojq7yHtCS

Playing in her fourth final of the year, the up and coming Rybakina broke in game six of the opening set to take the lead, but Halep broke twice in the second set to draw level.

The Romanian then found herself down 3-1 in the decider, but broke back and game five and, after another trade of breaks, Halep edged the tie-breaker.

“It feels great that I could win it,” the world No 2 said after winning her first title since Wimbledon last year.

She added: “I was checking the board to see how fast she served. Sometimes I couldn’t really touch the ball, it was really tough to return.

“I fought hard, I really wanted (to win) this tournament because I love playing here and I gave everything I had. Now I’m actually pretty dead!”

Halep’s 20th WTA Tour title saw her drew level with Victoria Azarenka in sixth place on the list of active title winners with Serena and Venus Williams, Kim Clijsters, Maria Sharapova and Petra Kvitova ahead of them.