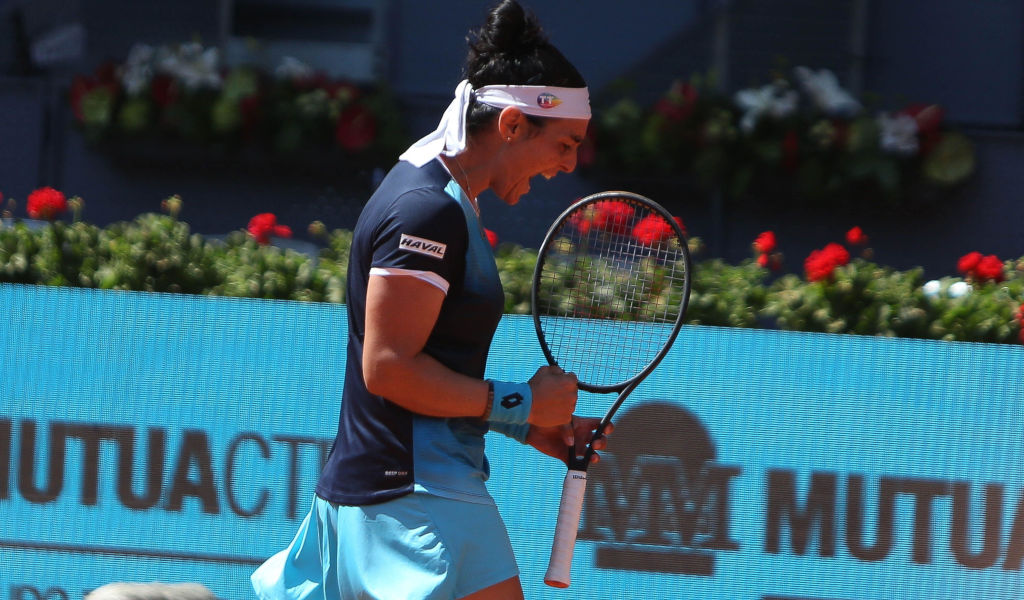 Jabeur earned two break points in the very first game of the match, but Pegula held on and would seize the advantage in the fourth game.

Pegula broke Jabeur and then held serve to consolidate a 4-1 lead, however, she would allow the Tunisian back into it when she dropped serve in the seventh game.

In Tunisia, in Africa, the Arab world and beyond…

She captures the biggest trophy of her career so far at the #MMOPEN! 🏆 pic.twitter.com/eWshdDIq99

Jabeur saved a set point on serve in the tenth game of the first set in what proved to be a crucial moment.

Surviving that service game Jabeur rattled off another break before holding serve to close out the set.

It all fell to pieces for Jabeur in the second set as she was quickly bagelled by Pegula.

Pegula served to start all three sets and faced a break point in each of those games but in the third set Jabeur finally converted giving her an early edge as she shook off the bagel.

Despite dropping serve right back, Jabeur broke Pegula again in the third game for a 2-1 lead.

The match reached fever pitch with intense all-court rallies dominating as Jabeur scrapped her way to a 5-2 lead in the third and she needed just the one match point to get it done.

Jabeur ended the match with a total of 29 winners, more than doubling Pegula’s haul of 14 although she did shade the American in unforced errors.

Jabeur is projected to return to her career-high position of World No 7 in Monday’s new WTA Rankings.

She is also now the first Arab woman to win a WTA 1000 tournament.

Jabeur had been 1-4 in WTA Tour finals prior to overcoming Pegula for the third time in a row.

In the semi-final Jabeur had defeated Ekaterina Alexandrova to become the first Arab and first African player to reach a final at this level of the WTA Tour.