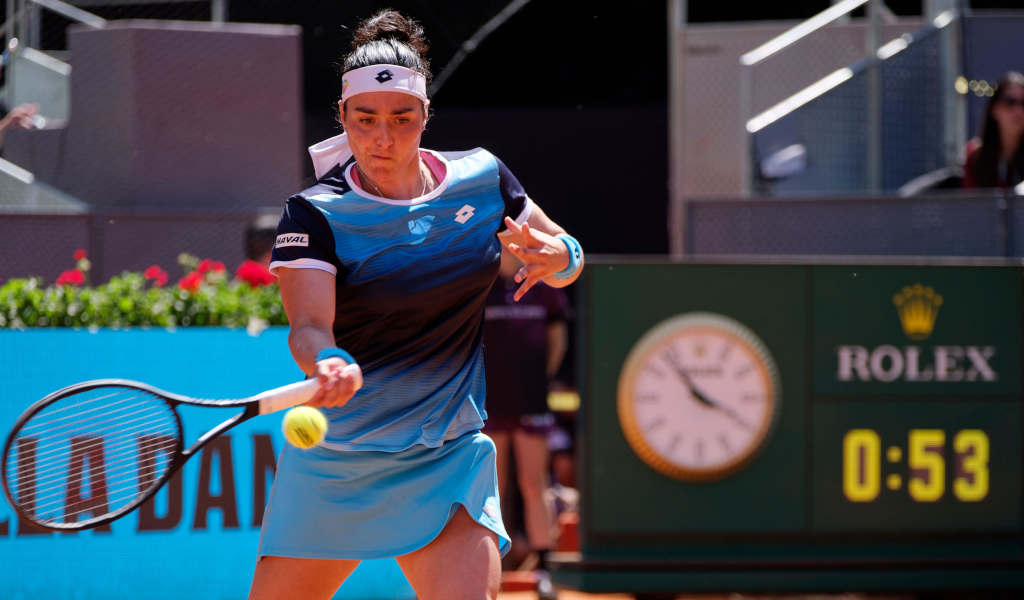 Ons Jabeur became the first Tunisian to reach a WTA 1000 final after defeating qualifier Ekaterina Alexandrova 6-2, 6-3 in 61 minutes at the Madrid Open.

Jabeur had lost to Alexandrova five times in six matches between 2016 and 2018, all at either ITF or qualifying level and last October, Alexandrova added a sixth win, this time via retirement in Moscow.

Their first meeting at WTA 1000 level turned out to be a completely different story and illustrates how far Jabeur has come as a player in the last 18 months.

Jabeur was ruthlessly efficient but still played with all her usual trademark flair and broke out a few of those outrageous dropshots.

The Tunisian chose to slug it out with Alexandrova in terms of first-strike tennis, hitting deep and powerful groundstrokes as the basis of her game.

Alexandrova had been aiming to become the first qualifier to win a WTA 1000 semifinal since 2009.

The numbers bear out how Jabeur was able to dominate the match from start to finish.

Jabeur would drop just six points behind her first serve against Alexandrova.

She took her service game up to incredible heights in the second set, landing her first serve at 80% accuracy.

When all was said and done, Jabeur had conceded just four points on her serve in the semifinal.

Vitally Jabeur kept her unforced error count to just nine against her opponent’s 23.

A particularly ill-timed sequence of gaffes from the No.45-ranked Alexandrova cost her the second set.

Serving at 3-4 Alexandrova fluffed a pair of groundstrokes, and followed that up with two consecutive double faults, handing Jabeur a 5-3 lead in the second set.

The first set had been more competitive seeing an early exchange of breaks.

However, Jabeur regained her advantage when she came out on top of an epic rally to break for 4-2 in the first set.

The exchange saw Jabeur and Alexandrova pummel the ball to every corner of the court in a sequence of 20 shots before the Tunisian finished it in her trademark style with a dropshot.

Jill Teichmann and 12th seed Jessica Pegula will meet in the other semi-final on Thursday evening.