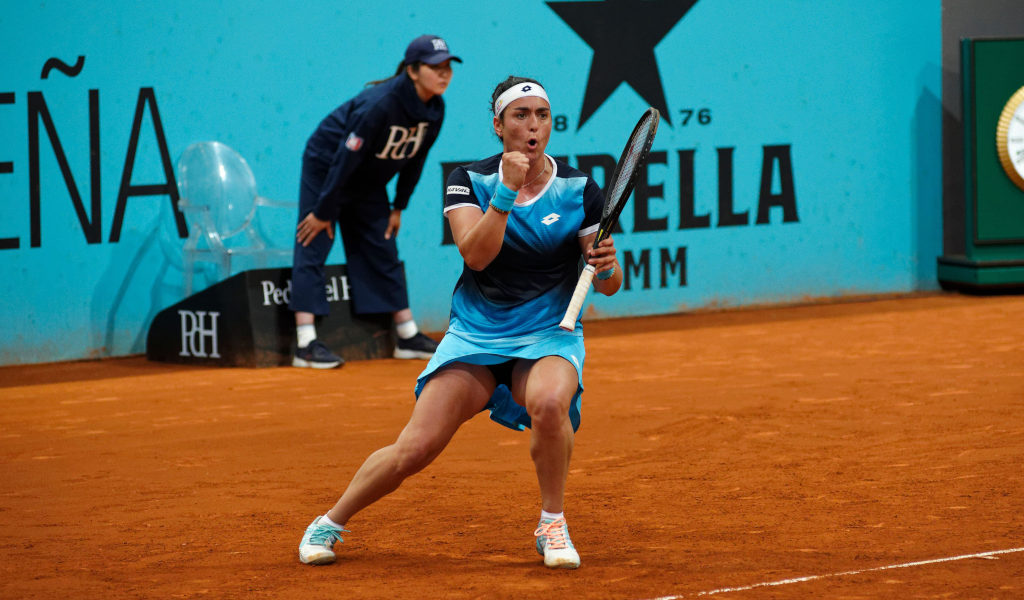 Tunisia’s Ons Jabeur accounted for the last remaining former Madrid Open champion in the 2022 draw with a 6-3, 6-2 victory over Simona Halep.

Jabeur is the only top ten player to make it to the last four in Madrid.

The eight seed has now improved her 2022 record on clay to 10-2, following her Charleston Open final appearance in April.

Jabeur’s only previous win over Halep had come after a retirement by the Romanian in Madrid, both their subsequent meetings took place in Dubai with Halep claiming wins over the Tunisian in 2020 and 2022.

Ekaterina Alexandrova awaits Jabeur in the last four after she saw off American Amanda Anisimova 6-4, 6-3.

Having struggled to get going earlier in the week, Jabeur’s game was back to its sparkling best.

She produced some truly magnificent shots among her 25 winners and did her bit to entertain the crowd as she picked apart the former World No 1 and two-time Madrid Open champion.

The flair and winners aside, Jabeur’s success was backed by her 78% winning percentage behind her first serve.

Jabeur responded to dropping serve early in the match by rattling off a streak of four straight game wins and at one stage she won 12 points on the bounce.

Halep strived for winners but found herself instead committing unforced errors at an alarming rate.

Jabeur had the 30-year-old on the ropes throughout, rising to everything that Halep could throw at her and coming up with that little something special to clinch the big points.

The Madrid Open will crown a first time winner at WTA 1000 level with none of the women left if the singles draw having tasted success in tournaments of this stature.

Jil Teichmann, who faces Anhelina Kalinina in another quarterfinal matchup, is the only one to have contested a WTA 1000 final previously.

Teichmann reached the final at the 93rd women’s edition of the Cincinnati Masters in 2021 before losing to Ash Barty.

Spanish hopes rest of the shoulders of Sara Sorribes Tormo, who accounted for Naomi Osaka earlier in the week.

Tormo is an outside shot to become the first Spanish women to win the singles title at the Madrid Open. She faces 12th seeded American Jessica Pegula in the final last eight match.