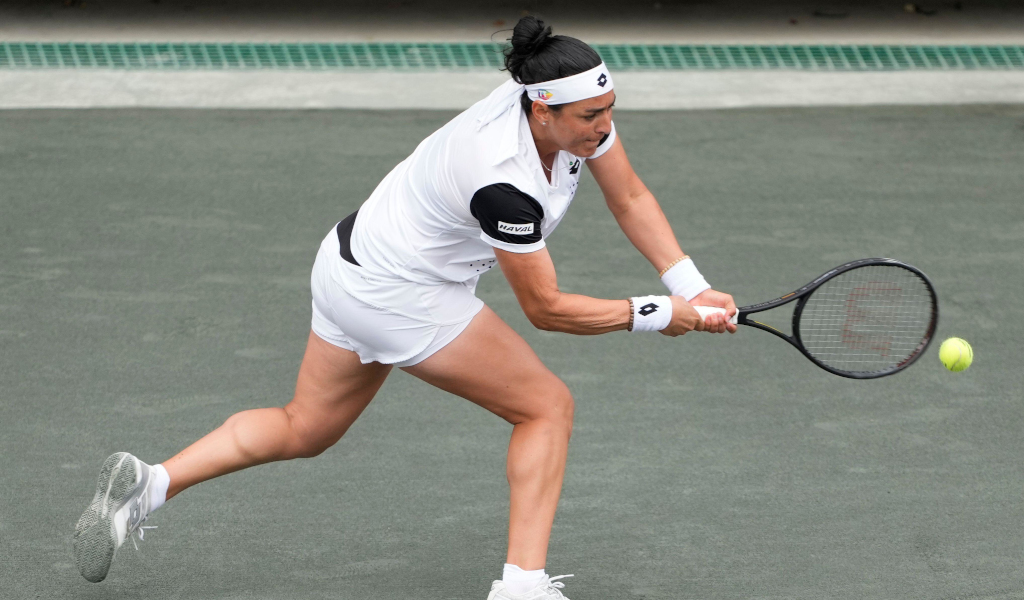 Ons Jabeur has set herself some lofty goals over the next few years and she has started off on a good note as she has reached the Charleston Open final.

The Tunisian, who last year became the first Arabic player to reach No 10 in the rankings, overcame a poor start to beat Amanda Anisimova in the semi-final, winning 2-6, 6-1, 6-4 in one hour and 46 minutes to set up a final against Belinda Bencic.

🇹🇳 @Ons_Jabeur fights back from a set down against Anisimova to reach the #CharlestonOpen final!

Faces Bencic for the title on Sunday ⚔️ pic.twitter.com/PZy2RhRxZv

Anisimova dominated the first set breaking early in game two and again in game eight, but the world No 10 went up a gear in the second set as she raced into a 4-0 lead before claiming a third break in game seven.

The deciding set was a bit more see-saw as the American broke in game one before Jabeur drew level in game six. The Tunisian then edged ahead in game seven with a break, but it was wiped out in the next game. A break to love in game 10 earned Jabeur the win.

Earlier this week Jabeur told the official WTA website that her goals are “to win more titles” and “to be in the top five”, adding “we’re working very hard – we’re just waiting for everything to click”.

And things are certainly clicking in Charleston.

“For some reason, I love playing on this clay,” she said about her win over Anismimova. “It’s always fun to play here. The people have great energy. Again, I lost in the semifinal and the finals last year, but I always want to get a title here.”