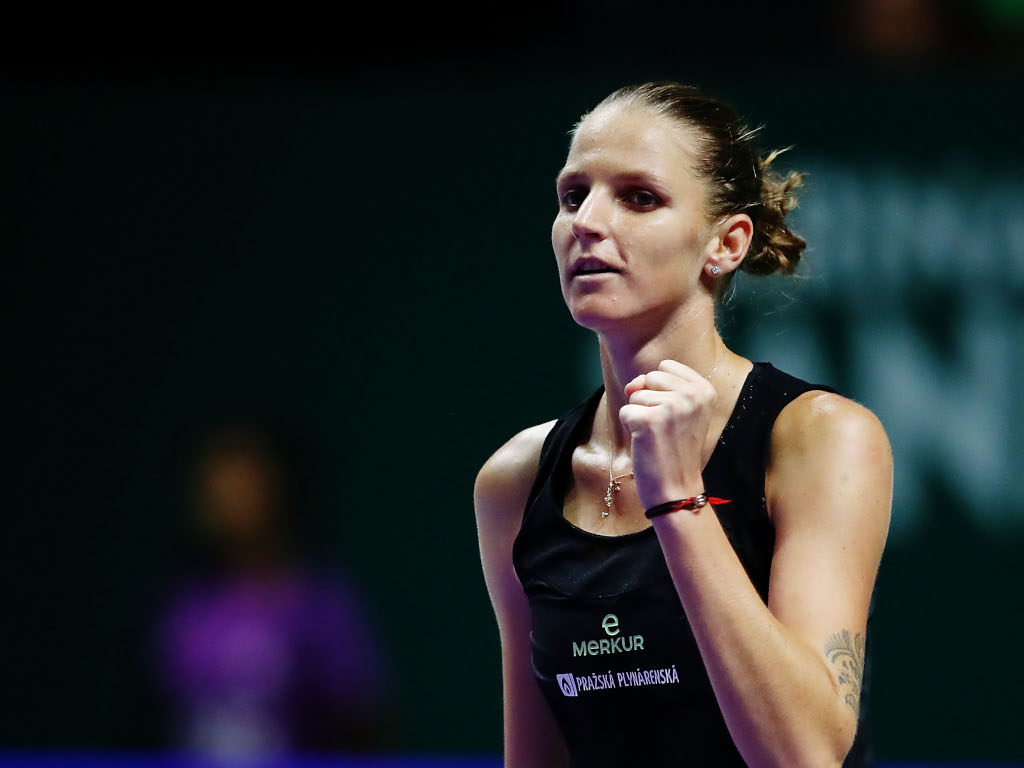 They had to wait until the last week to book their places in the WTA Finals, but Karolina Pliskova and Elina Svitolina opened their campaigns with wins on Sunday.

Former world No 1 Pliskova brushed aside Australian Open champion Caroline Wozniacki, who beat her in the semi-finals last year, 6-2, 6-4 in the White Group.

The Czech broke twice in the first set and once in the second to ease to victory in one hour and 33 minutes.

“I remember last year we played a lot. So I was just happy that I got this top win against a top player. So it’s always very positive, always gives me extra confidence to beat a player like this,” Pliskova said.

“And especially her, you really have to beat because she’s not going to give you anything.

“She was missing a lot in the first set, but she played much better in the second and I had to really fight for it. I was just happy that I closed it out in the second.”

Earns first win over the Czech since 2014! pic.twitter.com/AMILz9kMua

The 24-year-old broke three times in the first set, although Kvitova managed to get one break back, and once in the second.

“Definitely was very important for me. You know, winning this match, definitely gives me lots of confidence,” Svitolina said after the match.

“I mean, this win definitely now I want to take, you know, as one to go forward, and for all those people and haters that were saying that I don’t deserve to be here and I’m not good.

“So, yeah, I think this, until the next match I can really enjoy this win.”