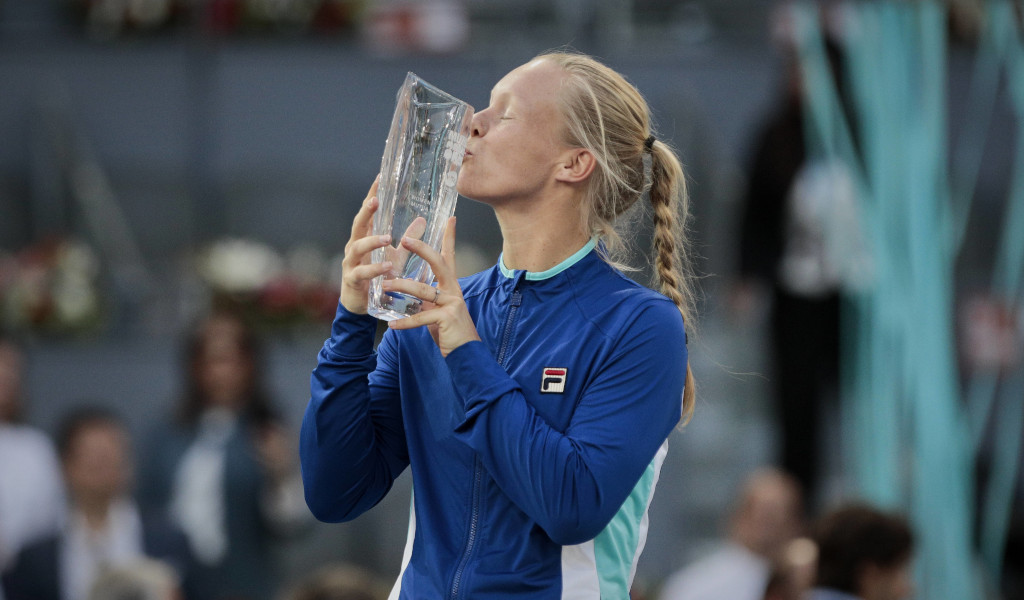 Kiki Bertens is the 2019 Madrid Open champion after she outfoxed Simona Halep to not only win the title, but also prevent the Romanian from returning to the top of the world rankings.

With Naomi Osaka crashing out before the semi-final in Madrid, Halep would have returned to No 1 had she won the trophy at Caja Magica for a third time.

She becomes the first player to win the @MutuaMadridOpen title without dropping a set. pic.twitter.com/i1Aznngb3D

Halep twice had the ascendancy in the first set as she broke in games four and six, but each time Bertens hit back straightaway.

After finally holding her serve to love in game eight, the Dutchwoman found herself 0-40 up in the next game and after failing to convert the first break point, she got the job done the second time of asking before serving out the set.

The roles were reversed in the second set as it was Bertens who broke early in game one, but Halep managed to draw level in game four only for the third seed to lose her serve again in the next game.

And this time the seventh seed, who beat Petra Kvitova in the quarter-final and Sloane Stephens in the semi-final, held on and wrapped up the tournament win on her third match point.

The Madrid Open is Bertens’ ninth WTA Tour singles trophy, but the biggest of her career as it is her first Premier Mandatory title while she will also rise to No 4 in the world rankings.