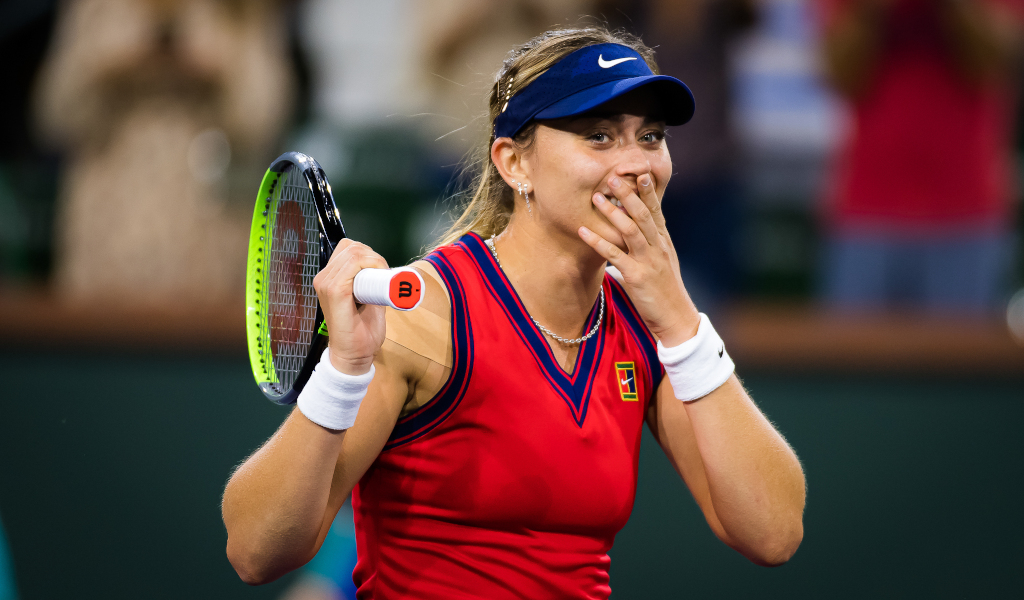 Paula Badosa continued her brilliant 2021 campaign as she produced a dominant display to stun top seed Aryna Sabalenka at the WTA Finals while Maria Sakkari got the better of Iga Swiatek.

Playing in her first WTA match since winning the biggest title of her career at the BNP Paribas Open, Badosa took a while to settle but steamrolled the Belarusian by winning 10 games in a row for a 6-4, 6-0 victory.

The Spaniard saved two break points in game four, but Sabalenka eventually broke in game six. However, that was the last time the world No 2 won a game as Badosa broke twice to win the final four games of the set before bagelling Sabalenka in the second set.

It was a big win for Badosa, who is playing in the WTA Finals for the first time, in the Chichén Itzá group.

“My life has changed so much and very fast, I have so much more stress now with a lot of eyes on me,” she said. “The ceiling is high for me, I have always dream big, I want to play in this type of tournaments to play against the best and being challenged every day.”

The Greek broke in games three and seven of the opener while a single break in game seven of the second set earned her a 6-2, 6-4 win.

Swiatek appeared to cry before match point and Sakkari gave the 20-year-old a hug and had some comforting words for the Pole during the post-match press conference.

“I saw that she was struggling. It wasn’t a nice thing to see from the other side of the net,” Sakkari said of her 20-year-old opponent, who won last year’s French Open.

“She’s a very, very nice girl. We always have great practices and great chats. It was something natural.”