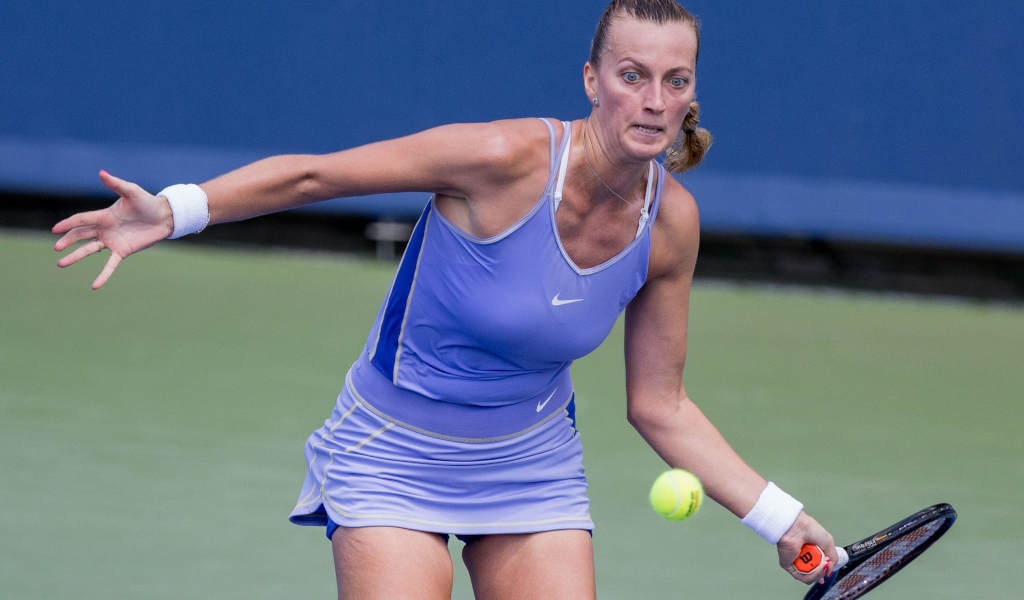 Kvitova now has four wins over Jabeur in their head to head including back-to-back wins in Cincinnati.

She has reached the last eight in Mason on three previous occasions, and Kvitova twice went on to reach the semi-finals.

Despite the standout moments Kvitova has struggled in Cincinnati in the past, and Jabeur is the first Top ten player she has beaten in the Masters series event.

Kvitova has only won three of her last 17 meetings with a Top 10 player, and she didn’t have a great start to the year.

However, Eastbourne has proven to be a turning point for the two-time Wimbledon champion who has won 10 of her last 12 matches stretching back to the start of her run in Devon.

Her powerful return game plagued Jabeur who struggled to hold serve but fought hard for every game.

Jabeur committed less errors but simply couldn’t find the winners she needed to compete in this match.

The Tunisian would cough up a pair of double faults in her opening service game and only managed to land 35% of her first serves in the first set.

The Czech has now reached 20 match wins for the season and is quietly charging back up the rankings.

Jabeur cut a frustrated figure throughout the match and fell away completely in the decisive set after grinding her way back into the match in the second set.

She still played her usual range of unbelievable strokes, but Jabeur just couldn’t throw Kvitova off of her very effective power game.

Kvitova was playing so well that she felt the need to apologise to Jabeur.

“I have to say sorry to Ons for some of those lines,” Petra Kvitova when asked about her avalanche of winners after the match.

“Sometimes there are days where you go for it, and it just makes the court, and other times, not.

“It depends how I wake up in the morning, but today it was really a great match and a great fight from both sides.

“I know the score looks a bit huge but it wasn’t like that; there were many games with deuces, even the last game was really tight so I’m really happy I made it in the end, somehow!”

Kvitova hopes to channel her best memories of the Masters’ events to power her on a deep run.

“I didn’t play my best in Toronto, losing in the first round, so this is really something I needed, a good boost!

“I’ll try to keep going, because I know it’s really tough and rom the first rounds, we’re seeing some really incredible matches. Being in a quarterfinal again is very special.”

Kvitova will next face either Ajla Tomljanovic or Veronika Kudermetova in the last eight of the Western & Southern Open.