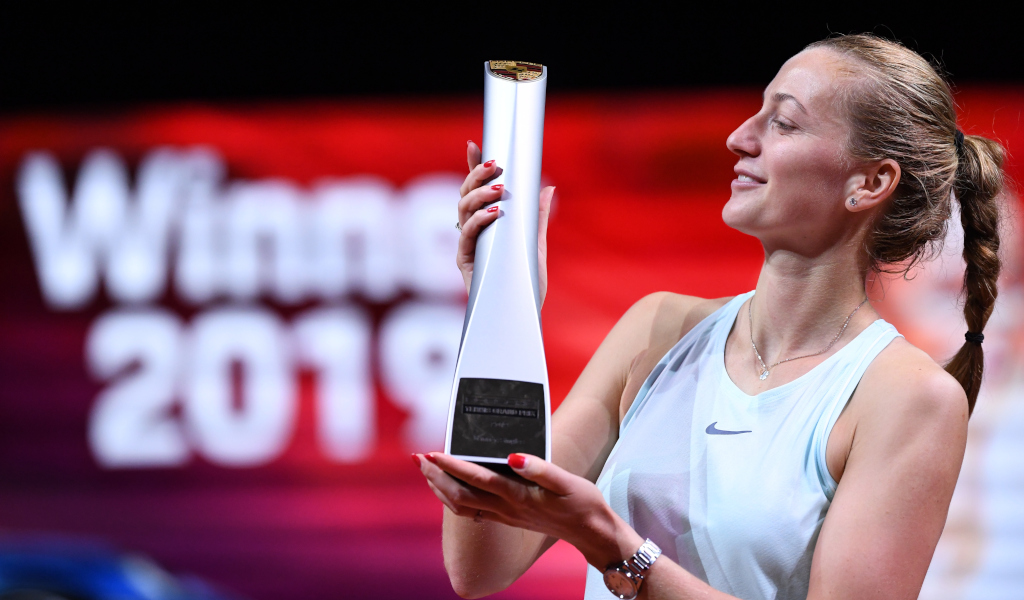 World No 3 Petra Kvitova mastered Anett Kontaveit in the Porsche Tennis Grand Prix final to become the first player to win multiple titles on the WTA Tour in 2019.

The two-time Grand Slam winner held off the eighth-seeded Kontaveit to secure a 6-3, 7-6 (7-2) in just over an hour and a half.

After saving two break points in the opening game of the match, Kvitova broke in game six of the opening set and then served it out.

It was a pretty even contest in the second set as there were four breaks of serve in the first five games, but it went down to the tie-breaker, which the Czech dominated.

Kvitova’s title, her second following her success at the Sydney International at the start of the year, means it is a case of 18 and out on the WTA Tour as the run of different title winners has come to an end.

“So, we are three of us now,” Kvitova said, referring to herself, Dominic Thiem and Roger Federer as the only two-time champions in tennis this year. “I’m glad of course for breaking this streak.”

She added: “I played Anett a few tie-breaks in the past, and I almost lost all of them, which wasn’t really nice going to the tie-break.

“My last service game actually I played amazing. I really had the great serves over there, and I was just continuing in the tiebreak from the beginning. So, I think I was pretty patient and I was just there and trying not to really be that hectic, as probably like I was before.”