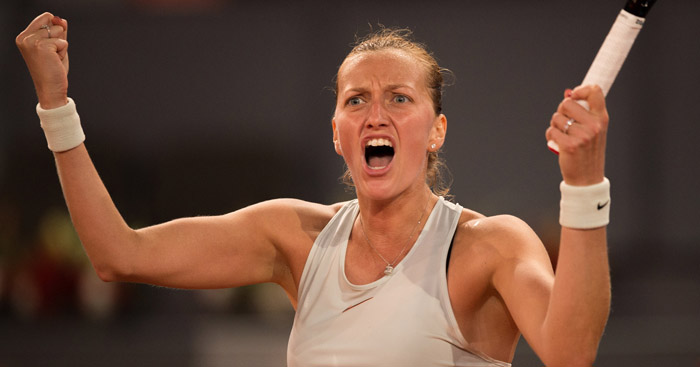 Petra Kvitova extended her winning streak to 10 matches as she beat compatriot Karolina Pliskova in straight sets to march into the Madrid Open final.

Fresh from victory at the Prague Open last week, Czech star Kvitova didn’t have it all her own way as she needed twice needed to battle back from a break down int he first set, but eventually claimed a 7-6 (7/4) 6-3 win in one hour and 43 minutes.

Kvitova will face unseeded Dutch player Kiki Bertens in the final after she continued her superb form in the tournament with a 6-2 6-2 win over Caroline Garcia.

Bertens, Caroline Wozniacki’s conqueror in an earlier round, was dominant throughout and moves into the first major final of her career.

“I’m in the final now, and I have a chance tomorrow but it’s going to be really, really tough,” Bertens told wtatour.com.

“Right now I’m just really happy about my performances through the whole week. I’m just trying to go there tomorrow and do the same, and we will see.”