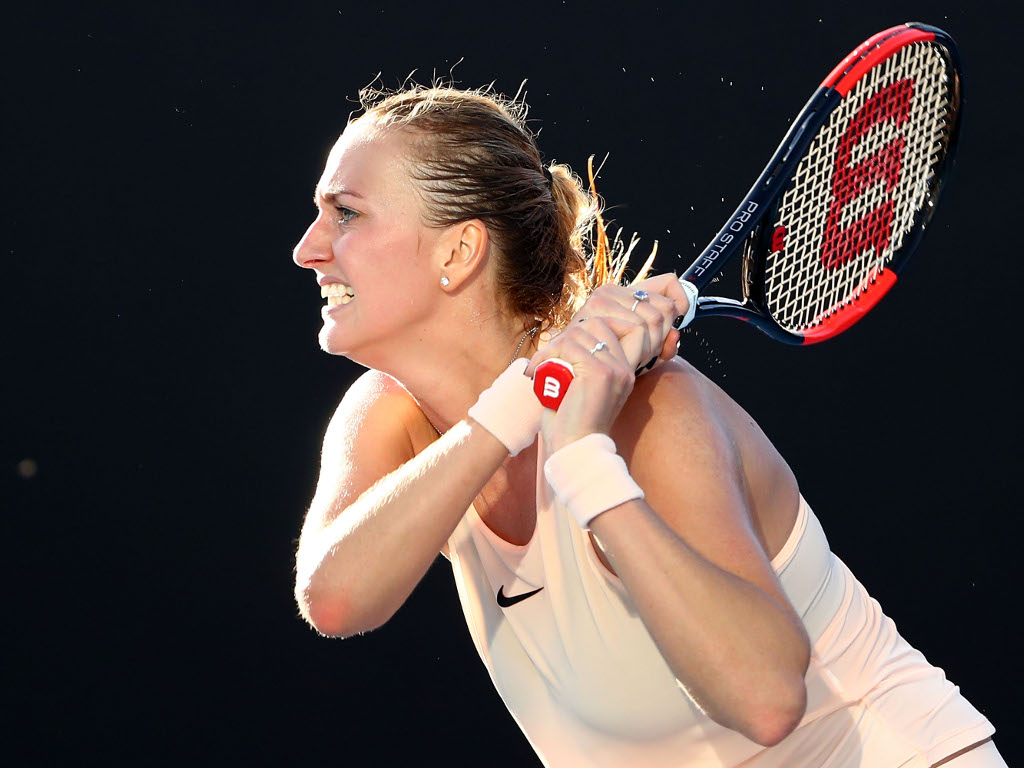 Petra Kvitova and Garbine Muguruza will contest the 2018 Qatar Open final after the former beat world No 1 Caroline Wozniacki in the semi-final.

Having won the St Petersburg title a fortnight ago, two-time Wimbledon champion Kvitova took her unbeaten run to 12 matches as she came from a set down to beat the Australian Open champion 3-6, 7-6 (7-3), 7-5.

Wozniacki won the opening set after breaking her opponent twice, but the second set was a mixed bag as both players lost their serve three times. The Dane had a 3-1 lead at one stage and she also found herself serving for the match at 6-5, but Kvitova broke back and then took the tie-breaker.

The Czech had the advantage in the ninth game of the decider only for Wozniacki to hit back immediately, but Kvitova edge ahead again in the next game and wrapped things up on her serve.

“I don’t know what happened. I was a little crazy in my mind and I was playing everywhere and not to the court,” she said.

“I tried to calm myself down a little bit in the second set. Even though I was losing, I was trying to get back somehow.”

Muguruza awaits in the final after the Spaniard advanced without setting foot on the court as her semi-final opponent Simona Halep withdrew due to injury.

The Australian Open runner-up has been struggling with a foot problem since Melbourne and confirmed shortly after her quarter-final win over Karolina Pliskova that she would withdraw.

“I am surprised that I could play three matches and to win them. I felt pain every day, so it was not easy to manage it,” she said.

“I didn’t have much time to recover before this tournament, but today was too much, and I decided to stop.”