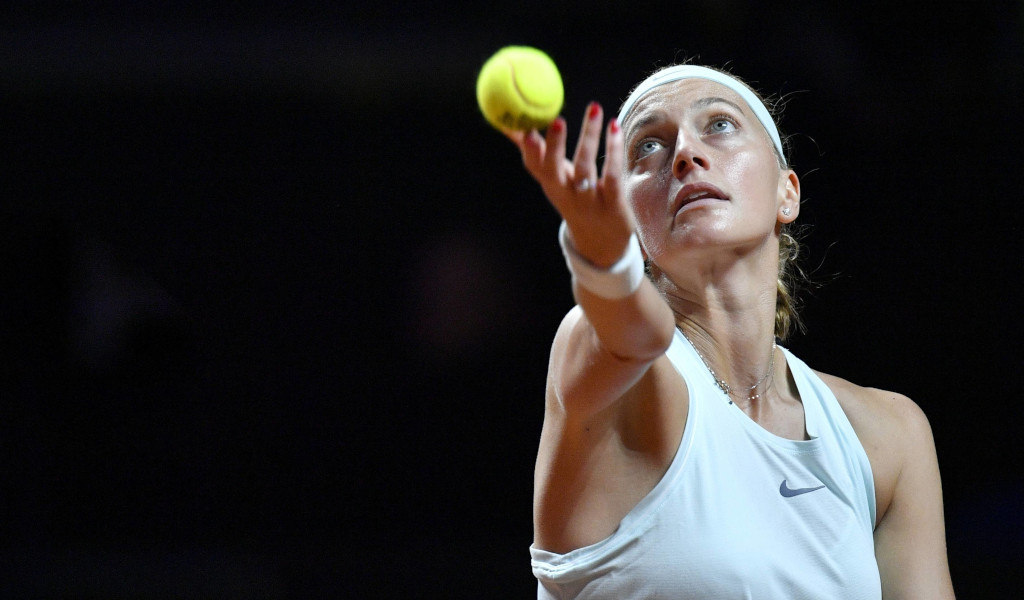 Kvitova was made to work for her victory, especially early on, as she battled to a 7-6 (7-3), 3-6, 6-1 win over the sixth-seeded Bertens in just over two hours in Stuttgart.

She will face Anett Kontaveit for the @PorscheTennis Grand Prix ?? pic.twitter.com/2S7ecEGkQl

After trading the opening two sets, Kvitova put her foot on the gas in the deciding set as she raced into a 5-0 lead with two breaks of serve.

“From the beginning today, I was playing much, much better [than yesterday], so it’s about playing and playing on the clay. You can’t really do that if you lose in the first match,” the Czech said.

She added: “The key for playing well today was winning yesterday. I think we both played a really good match today.”

Kontaveit advanced to the final without having to lift a racket after world No 1 Naomi Osaka withdrew due to an abdominal injury.

“I felt it yesterday at the start of the match,” Osaka, who beat Donna Vekic in the quarter-final, said. “She was asking me in the third set why my serve dropped and it was actually for that reason.

“I wanted to wait to see if I could play. I woke up today and I had to roll out of bed, then I decided I wasn’t able to play.”