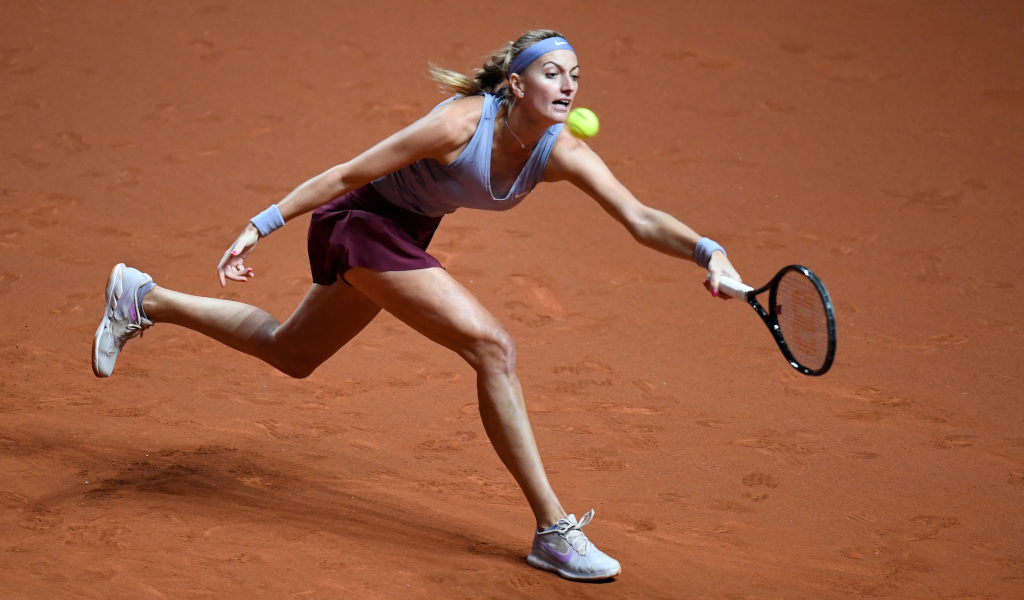 Petra Kvitova kicked off the defence of her Porsche Tennis Grand Prix title with a straightforward win over Jennifer Brady and her reward is a second-round encounter against Maria Sakkari.

The two-time Grand Slam winner required one hour and 32 minutes to see off the 2021 Australian Open finalist and world No 14 in the opening round in Stuttgart, winning 6-4, 6-3.

The No.7 seed bests Brady 6-4, 6-3 to book an appointment with Maria Sakkari in the second round. #PorscheTennis pic.twitter.com/sUv29gCTCA

The seventh seed broke in game 10 of the opening set and in game four of the second.

“It was great match and a tough opponent for the first round, for sure,” Kvitova said. “At the beginning, it was pretty tight and I think the games which I was serving were really tough, and I think a few times I [was] lucky as well, to be honest.

“I took the chance to break her to win the first set, and that was probably the key that I really went for it more than I was before.”

She will face world No 19 Sakkari for a place in the quarter-final after the Greek beat German wildcard Andrea Petkovic 6-2, 6-2.

“She’s definitely a tough opponent, especially on the clay I would say. She really likes it. We played in Rome on clay as well. We played three times already before,” Kvitova said.

“She has a great serve for clay as well, a little bit of top spin and she can slice it, she can play drop shots. She can play everything. It will be a very nice and challenging time… but I’m really looking forward for it.”

Fifth seed Aryna Sabalenka also advanced as the Belarusian eased past Zhang Shuai from China with a 6-2, 6-2 victory. Up next is German Anna-Lena Friedsam, who beat Norway’s Ulrikke Eikeri 6-2, 6-0.