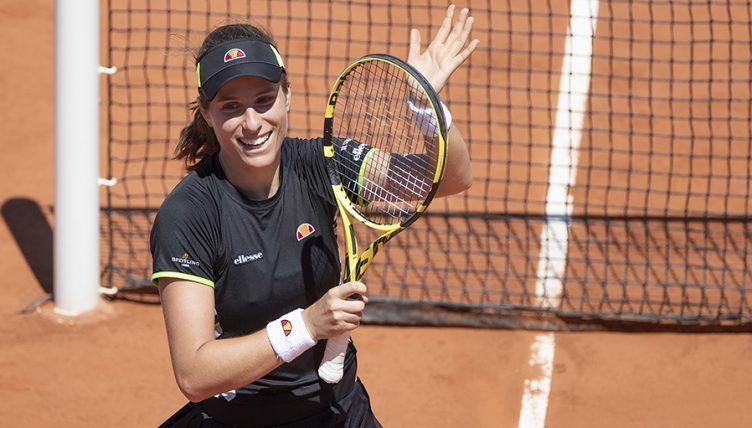 Johanna Konta says it would be unwise for anyone to compare her to countryman Andy Murray as she attempts to reach her first Grand Slam final on Friday.

British tennis is in dire need of a new superstar after injury has curtailed the career of Murray, and Konta’s recent form has suggested it could be her.

She is due to face Marketa Vondrousova at Roland Garros in the semi-finals, and will start as strong favourite after her sensational showing against Sloane Stephens in the last eight.

However, even if she prevails and adds a Grand Slam title to her mantelpiece, she says she doesn’t want to be compared to Murray.

“My approach is maybe slightly different to his,” Konta said.

“My motivating factors are going to be different to his. That’s normal. Everyone gets motivated or inspired by different things.

“I don’t really look for a fight, or look for animosity or tension where it’s not needed.

“I think that’s been the biggest factor for me in maybe doing well here, is that I enjoy what I’m doing.”

Murray has taken some headlines away from Konta this week as he announced he would make his return to competitive tennis in the doubles competition at Queens later this month.

‘Oh yes, I saw that,” said Konta when asked by journalists.

“That’s great. That clearly means that his body’s recovering, so I’m hopeful that he’s pain-free just to be living a healthy life, more than anything.

“But it’s nice that he’s getting back on to the match court in doubles. I think that’s great for him.”