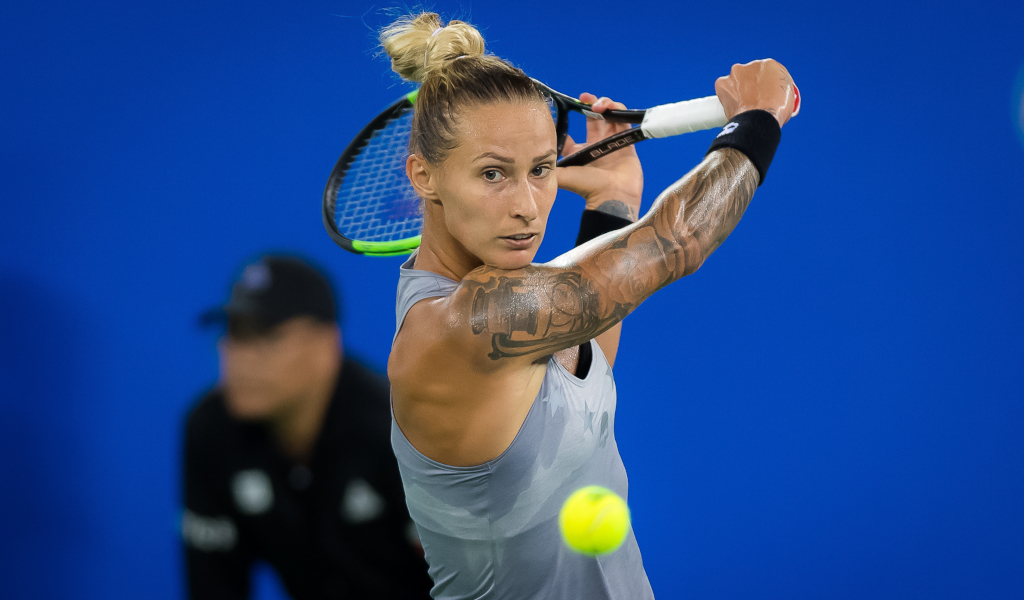 It wasn’t to be for Iga Swiatek at this year’s Samsung Open in Lugano as she was beaten to the title by Polona Hercog.

Appearing in her first WTA Tour final, 17-year-old Swiatek produced an excellent display in the final, but was outdone by Hercog, who won 6-3, 3-6, 6-3 in two hours and 16 minutes.

There were a total of 14 breaks in the three sets with four of them coming in the decider.

Wimbledon junior champion Swiatek initially had the upper hand as she broke in the second game of the third set, but the Slovenian hit back immediately and then broke twice more en route to winning.

The Samsung Open is Hercog’s third WTA Tour title, but first since she won in Bastad in 2012.