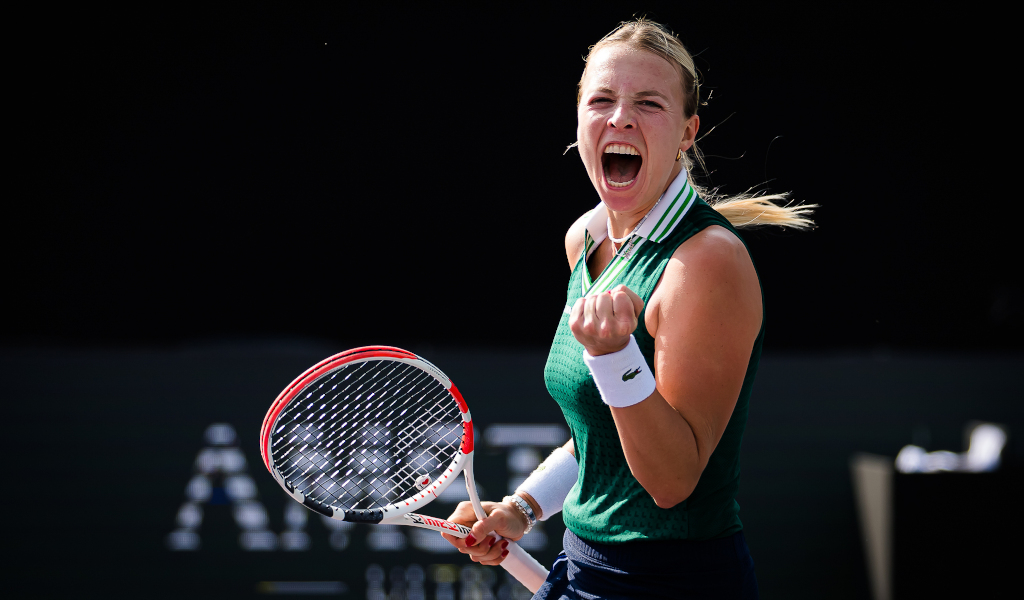 She was the final player to book her place in the WTA Finals and now Anett Kontaveit finds herself in the showpiece match for the season-ending tournament after defeating Maria Sakkari.

Kontaveit won the Kremlin Cup and Transylvania Open to secure her maiden spot in the event and on Tuesday she beat Sakkari 6-1, 3-6, 6-3 in two hours and two minutes to set up a final clash against Garbine Muguruza.

Tour-leading 48th win of the season 👊

Anett Kontaveit fights past Sakkari and enters the biggest final of her career!#AKRONWTAFinals pic.twitter.com/4Wy82eJuie

The Estonian broken twice in a dominant opening set before a break in game eight of the second set allowed Sakkari to level matters.

Kontaveit found herself on the back foot in game five of the decider as the Greek broke, but she won the final four games on the back of two breaks to take the match.

“I still can’t quite believe that I’m even here and I’m playing against the best players at such a prestigious tournament,” she said.

“I’m just so proud of myself that I managed to do this and so happy to be competing at this level and just trying to take it all in.”

She will face Muguruza – who defeated her in the round-robin stage – in Wednesday’s final after two-time Grand Slam champion won an all-Spanish affair against Paula Badosa, winning 6-3, 6-3.

The sixth-seeded Muguruza broke twice in the first set and once in the second set to book her spot in the final.

“I think it’s the best match that I played so far here in Guadalajara,” the former world No 1 said. “It was a tough match facing another Spaniard in the semifinals….We’ve never faced each other before, so it was tricky.

“But I’m very happy that I got the win. Very proud of Paula. She started the year far in the rankings, and now she’s a Top 10 player. Very impressive. She deserves a very well rest. Very happy for her year.”