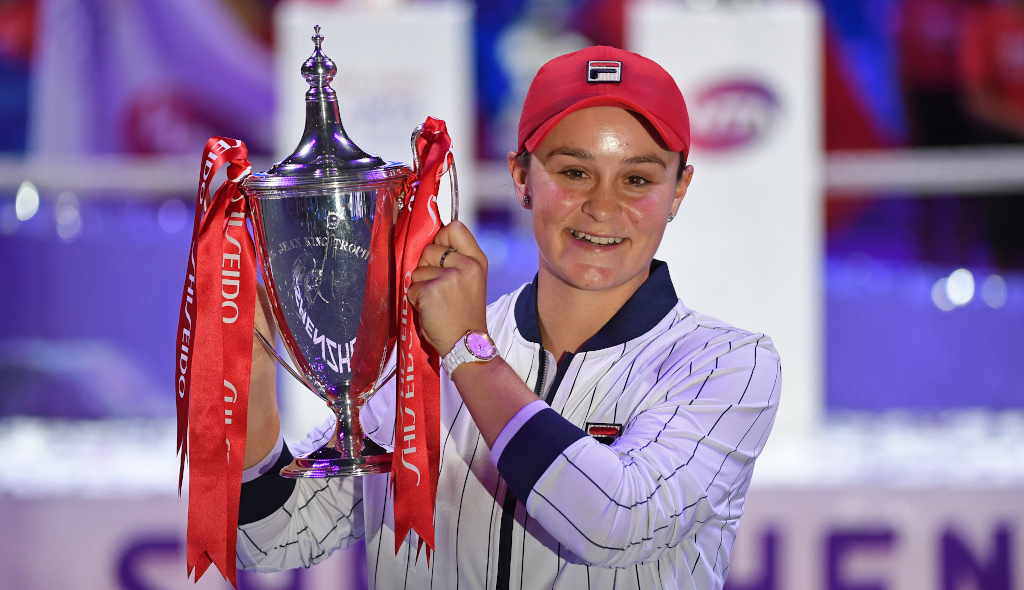 The Roland Garros champion, who was already assured of the year-end No 1 ranking, produced a solid display to beat Svitolina 6-3, 6-4 in just under one hour and 30 minutes.

That’s the match and the title!@ashbarty beats Svitolina 6-4, 6-3 to win the Billie Jean King Trophy at the @SHISEIDO_corp @WTAFinals Shenzhen! pic.twitter.com/eiiiXs84rY

The first set was a titanic effort as the first break point of the match came in game nine, but the Ukrainian couldn’t take advantage and was then made to pay for it in the next game as Barty took the set on her third set point.

Svitolina then got her nose in front in the second set with a break in game three, but the world No 1 won the next three games only for the Ukrainian to get back on serve again in game seven.

However, the match was all but sealed in game eight as Barty got her third break of the set and then served it out.

“It has been an incredible year,” she told BT Sport after the match. “Tonight was about coming out and fighting to the end. I couldn’t be prouder.

“I’m proud of myself and the team, we tried to put ourselves in the biggest situations and occasions and we managed to do that.”