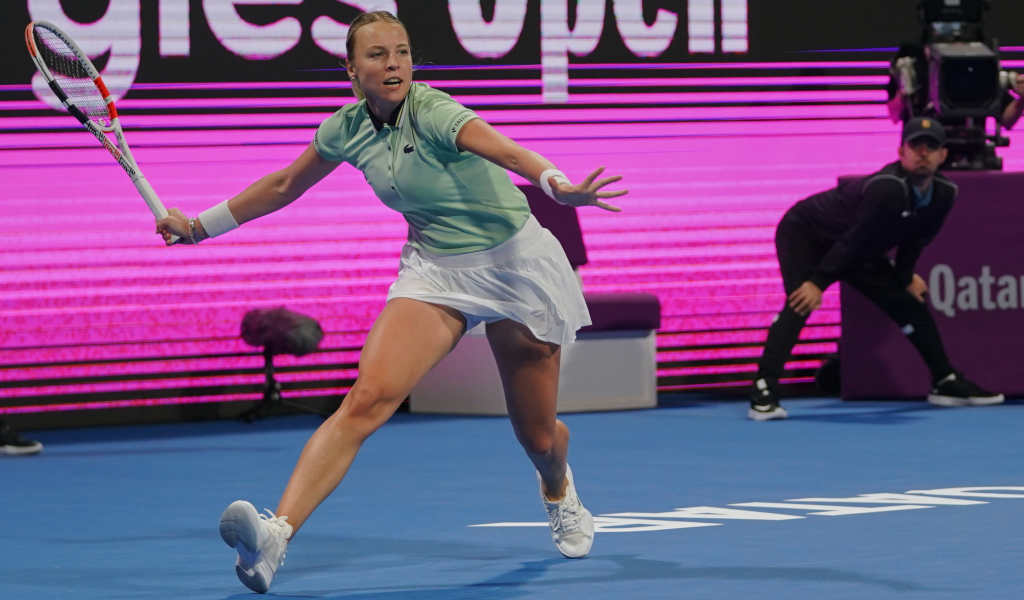 World No 7 Anett Kontaveit continues to enjoy an incredible run of form on the WTA Tour.

Kontaveit progressed to her second WTA Tour final in a row with a 6-1, 6-4 defeat of No.15 seed Jelena Ostapenko at the Qatar Open.

Her victory in just 68 minutes means that she has now reached seven tour finals in the last seven months.

🇪🇪 @AnettKontaveit wins a ninth straight match with victory over Ostapenko in Doha!

Faces Swiatek or Sakkari for the #QatarTennis title on Saturday 🙌 pic.twitter.com/RPtlHOrIET

Kontaveit has now extended her winning streak to nine matches as she goes in search of a second title of the year.

She has now matched her best performance at a WTA 1000 tournament, having reached the Wuhan final back in 2018 when she lost to Aryna Sabalenka.

Kontaveit had to see off another player in great form in Jelena Ostapenko, who saw her nine match winning streak end.

The accuracy of Kontaveit’s game was too much for the wilder Ostapenko, who couldn’t get a foothold in the match.

Ostapenko has now lost four of her five meetings with Kontaveit.

The crucial moment came as early as the fourth game of the match.

Having started strongly on serve, Ostapenko had seemingly wrapped up a love hold for 2-2 with her first ace. However, a Kontaveit challenge overturned the decision and elicited a cascade of errors from a rattled Ostapenko that did not stop until she trailed by a double break in the second set.

Kontaveit identified the moment as the key to her victory.

“Honestly, when I made that challenge, I was down 0-40 on her serve – I was thinking, why did I do that?” she said afterwards.

“But it ended up working out pretty good. Every point I’m trying to compete as hard as I can, regardless of the score.

“In the end the net cord definitely saved me a little bit – I was down break point and she had really found her game.

“She was playing more aggressive and finding the court a lot more, so I was under a lot of pressure and got really lucky.

“But I served some second serves, placed them really well eventually, and managed to close it out.”

Kontaveit will face either Poland’s Iga Swiatek or Greece’s Maria Sakkari in the final.