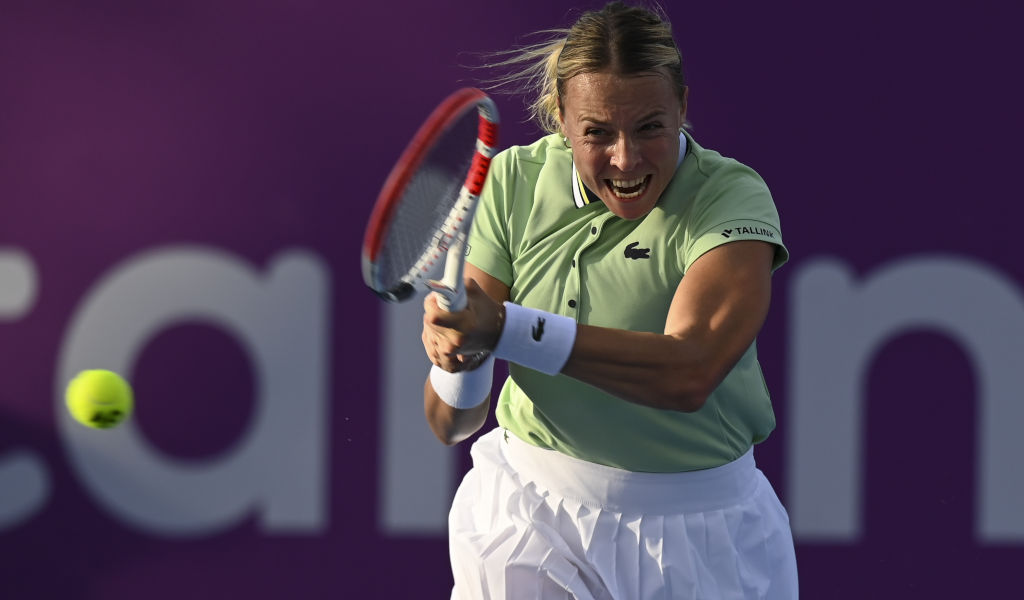 Czech star Anett Kontaveit has extended her WTA Tour winning streak to eight matches with a 6-4, 6-1 victory over good friend Ons Jabeur in 1 hour and 11 minutes to reach the Qatar Open semifinals.

Kontaveit is one on the form players of recent months Kontaveit having won in St. Petersburg two weeks ago and being the winner of five titles over the past seven months.

Both players showed similar levels of aggression, while Kontaveit slammed 20 winners to Jabeur’s 19, she kept her unforced error count to an impressively meagre 12 compared to Jabeur’s 28.

Too good from 🇪🇪 @AnettKontaveit_

She takes out Jabeur 6-4, 6-1 and now awaits the winner Muguruza/Ostapenko.#QatarTennis pic.twitter.com/8EivxNE6Cf

Kontaveit was content to wait for Jabeur to make mistakes, and the Tunisian’s attempts at invention often backfired.

Her 65% first-serve percentage enabled her to keep Jabeur at bay, and Kontaveit faced only one break point in the match, in the third game of the second set.

While they had been neck-and-neck through a tense first set, Jabeur needed to battle for 10 minutes to hold her opening service game and to save four break points across her first two.

With the opening set all square at 4-4, 30-30, Jabeur squandered the rare half-chance on the Kontaveit serve by sending down consecutive backhand errors. Jabeur would then collapse at a crucial stage of the match.

Kontaveit took 15 out of 16 points on ogffer to claim the first set and open up a 2-0 lead in the second as Jabeur’s game fell apart.

The World No 10 was able to gather herself sufficiently to arresther slide with a battling hold for 1-3 after six deuces, but it would not spark anything more.

The result means that Kontaveit has reached her first WTA 1000 semifinal since Miami 2019, and fourth overall.

She will face either Jelena Ostapenko or former World No 1 Garbine Muguruza in the last four.