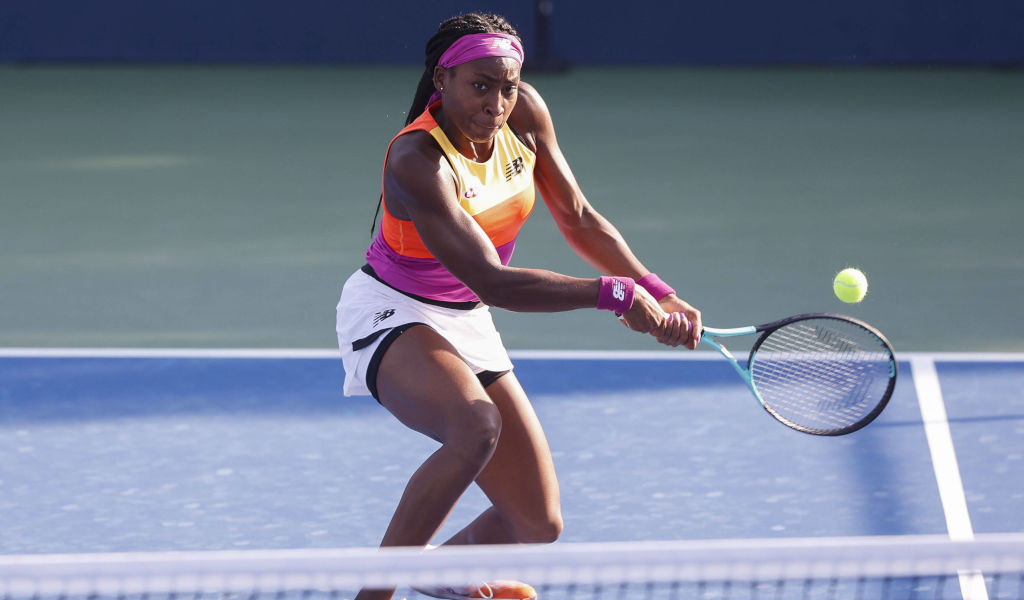 Coco Gauff stormed into the quarterfinals of the Qatar Open with an emphatic 6-2, 6-3 upset of No 3 seed Paula Badosa in just 1 hour and 17 minutes.

Badosa had swept to a straight sets in the only previous meeting between the two which came at Indian Wells in 2021 as the Spaniard charged to her second career title.

Gauff’s win earns the teenager her fifth quarterfinal WTA 1000 level or above following her exploits in Dubai, Rome, Roland Garros and Montreal in 2021.

In beating the World No 4, Gauff also sealed her first win over a Top ten player since Rome 2021.

Guaff mixed things up cleverly while gaining control of the match from baseline, and despite surrendering a couple of opportunities to Badosa, showed great composure to clinch the victory.

The young American will take a great deal of confidence from being able to hang with Badosa in the high-octane rallies that are her stock and trade.

Gauff’s often wayward forehand was playing along in Doha and she looked good for her victory.

The 17-year-old was making far more shots than her rival, bagging 26 winners to Badosa’s 12.

Badosa will likely feel that she let the youngster into the match with a slew of unforced errors.

After dropping her serve immediately in an imprecise opening game, Badosa was playing catch-up all the while and never found her rythym.

Gauff did well to neutralise the impact of Badosa’s first serve which disrupted the rest of her game.

The French Open quarterfinalist made her errors in bunches but wouldn’t be made to pay.

Gauff twice served a trio of double faults in a single game, but neither proved material in the end.

In the first set, Gauff dropped serve but still led by a break at 3-1; in the second, she gritted it out to hold for 2-2.

Gauff will go on to face the winner of the second round match between compatriot Jessica Pegula and another top-ten player in Maria Sakkari.