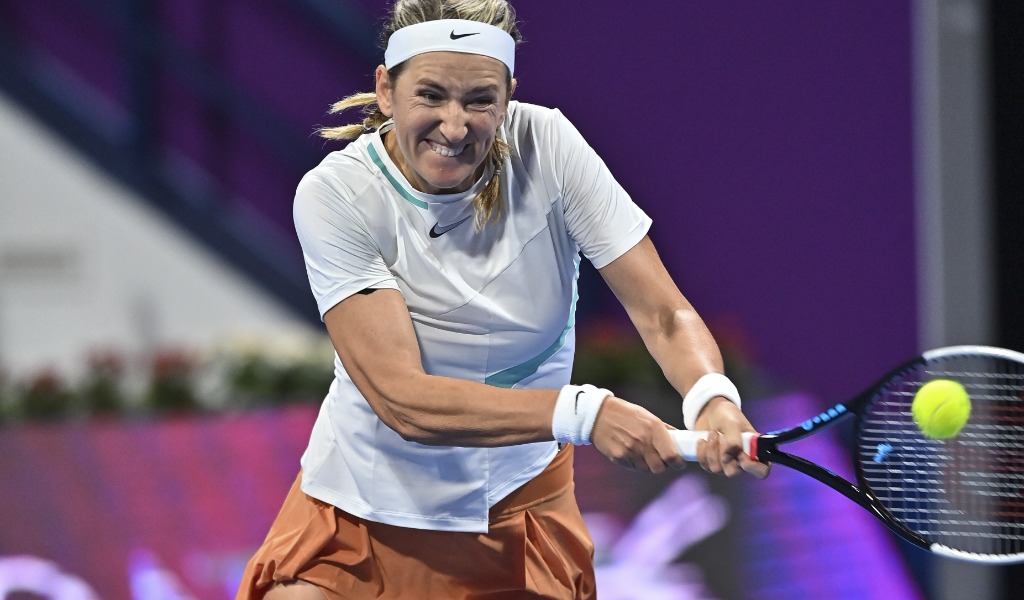 Victoria Azarenka has accused Yulia Putintseva of cheating in their opening round tie at the Qatar Open after she called her trainer over for medical attention, just before Azarenka was about to serve in the third set.

The high-quality match was dragged down by this outburst as the tie was reaching a climactic point.

Putintseva was leading the match 4-0, before former world No 1 Azarenka pulled it back to 4-4, but Putintseva held on to make it 5-4, and it was at this point when the Belarusian was about to serve to stay in the game in this decider that the Russian-born Kazakhstani called over her trainer.

Putintseva held for 5-4, then called the trainer.

Azarenka furious as she was about to serve to stay in it. ‘She needs a psychiatrist.’

Azarenka saved match point. Then broke. Then won it 7-5.

Azarenka was left fuming and she marched up to the chair umpire to complain about her opponent’s behaviour, exclaiming: “Before my serve, she can do that. What’s the problem?

“She has to wait for me to serve, she threw her racquet like seven times.

“She needs a mental coach, she needs a psychiatrist.”

Earlier on in the match when she let go of her 4-0 lead, Putintseva did smash a number of racquets in frustration at herself at being broken twice in a row, and there was more disappointment to come as she lost the match 7-5, 2-6, 5-6 and had to hear her opponent bellow out a roar of relief when she claimed victory.

The feud was far from over when the match was finished which was highlighted in their frosty handshake across the net which didn’t look sincere from either player.

Azarenka vented her irritation towards her rival in her post match interview, when she said: “There was way too much stuff in this match. Unnecessary stuff as well.”

Unsurprisingly, this isn’t the first time the two have fought on court, the first time being back in 2019 at the Grampians Trophy when Azarenka saved a match point against three time Grand Slam quarterfinalist to go on and win the match, leading Putintseva to slam her racquet on court and ignore her opponent’s outstretched hand at the end of the match.

The two time Australian Open winner will now go on to face American Madison Brengle in the second round of the WTA 1000 Qatar Open on February 22, with a big opportunity to climb up the rankings if she’s successful.