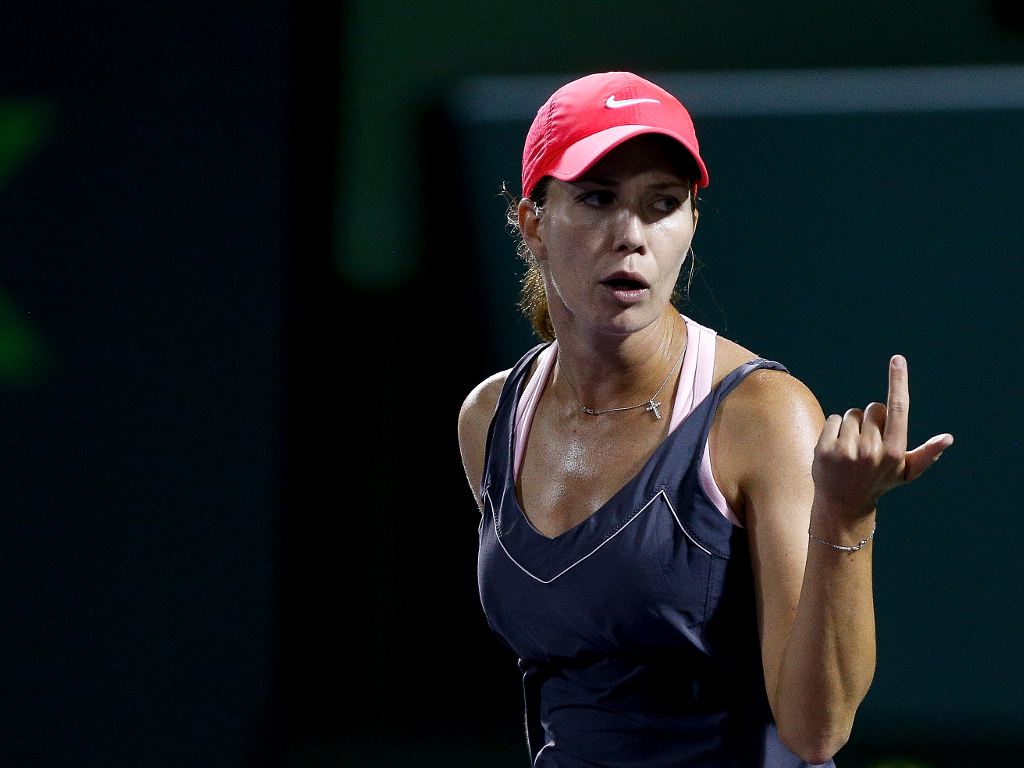 Danielle Collins claimed the biggest win of her career as she beat Venus Williams in the quarter-final of the Miami Open.

The American qualifier upset the eighth seeded Williams, 6-2, 6-3 in 87 minutes at Key Biscayne to secure her first-ever win over a top-10 player.

Match of her life, and shot of the night for Danielle Collins! #MiamiOpen pic.twitter.com/85ZrnLSS1E

Collins was in charge right from the word go as she took a 3-0 lead after breaking in the second game, and she wrapped up the set with another break in the eighth game.

Williams again found herself up against it early in the second set as she lost her opening service game, but she tried to make a fist of things as she broke back and eventually levelled it at 2-2.

However, Collins got the decisive break in game six and served it out three games later.

“The first time I saw Venus in the locker room, I nearly cried,” Collins said. “I mean, I’ve idolised her my whole life. She’s been my favourite player for forever. This is such a special moment, I’m just trying to wrap my head around it.”

The 24-year-old added: “I have put in the hard work my whole life, so at the end of the day, I know I have done literally everything I can do to put myself in the best situation.

She will face French Open champion Jelena Ostapenko in the semi-final after the Latvian came through a tough match to beat Elina Svitolina 7-6 (7-3), 7-6 (7-5).

The first three games went against serve with Ostapenko initially having the upper hand, but three more breaks of serve meant it went to a tie-breaker and it was the sixth seed who held her nerve.

It was a similar story in the second set with six breaks of serve with Ostapenko again winning via the tie-breaker again.

This winner was the best of three for @JelenaOstapenko

We go to a tie-break again in the second set at the @MiamiOpen pic.twitter.com/ucySEBR6DC

“Before the match I knew that I have to be very aggressive,” the 20-year-old, who made 44 unforced errors and hit 42 winners, said.
“And when I had a chance, I was going for it. Of course I was missing some because I was trying to play aggressive the whole match, but I think my winners are more than the unforced errors.”