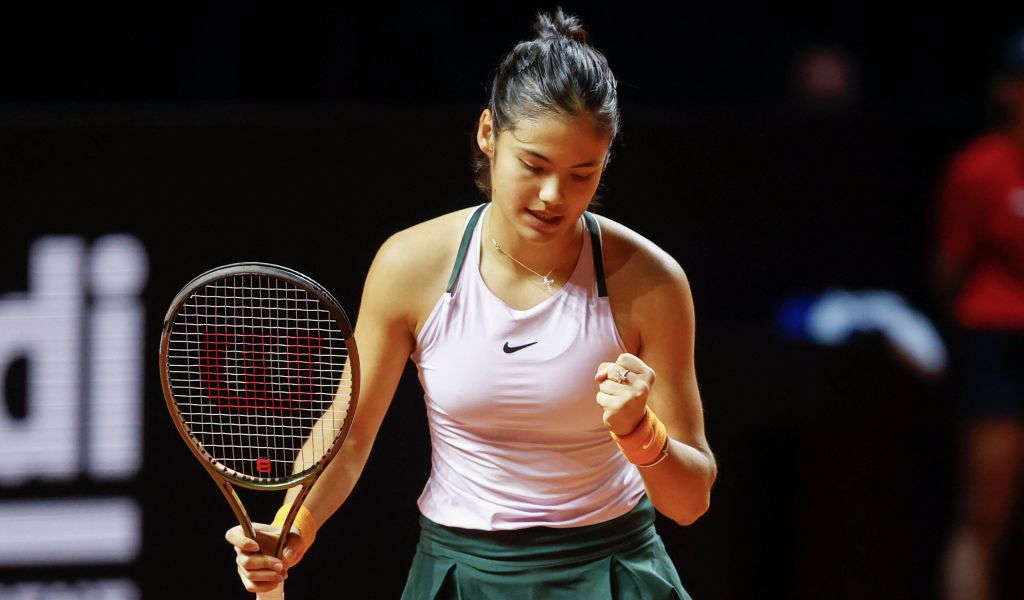 Emma Raducanu enjoyed one of her most comfortable wins yet on the WTA Tour, as her made an impressive start to her campaign at the Porsche Grand Prix in Stuttgart.

US Open champion Raducanu saw off Australian qualifier Storm Sanders 6-1, 6-2 as she marked her WTA Tour clay-court debut in style.

The 19-year-old, seeded eighth in Stuttgart, showed no discomfort after suffering from a blister on her foot when playing for Great Britain at the Billie Jean King Cup in Prague last weekend.

Raducanu took a little while to find her rhythm as she was taken to deuce on her first two service games.

Sanders also won her first service game to love, but it was one-way traffic from that point as Raducanu’s power from the baseline told.

Raducanu dominated some excellent rallies and wrapped up the first set in 30 minutes.

It was a similar story in the second after Raducanu’s speed across the court allowed her to reach a Sanders drop shot and execute on her third break point.

Sanders stopped Raducanu winning an eighth game in a row by beefing up her serve, but Raducanu, the world ranked number 12 and a whopping 185 places above Sanders, was in no mood to let her opponent off the hook.

She broke again for a 4-1 lead and her strong serve ensured that recent difficulties of closing out matches would not be an issue this time.

Raducanu said: “It’s been a good start for me to the clay season, today being my first WTA match on clay. I’m really excited to spend more time on this surface and really happy with my performance today.

“I think my serve (pleased me most). I was getting a lot of good points from my serve, setting up well and it lasted throughout the entire match. That is an improvement from me.

“It has been difficult to transition to clay. Last week I was being taught how to slide on the clay using a medicine ball. To have come this far in the space of a week I am very happy. It is just about being comfortable with the unstable surface underneath.”

Raducanu, who wore a Tottenham jersey during her pre-tournament practice, will play Germany’s Tamara Korpatsch in the round of 16.